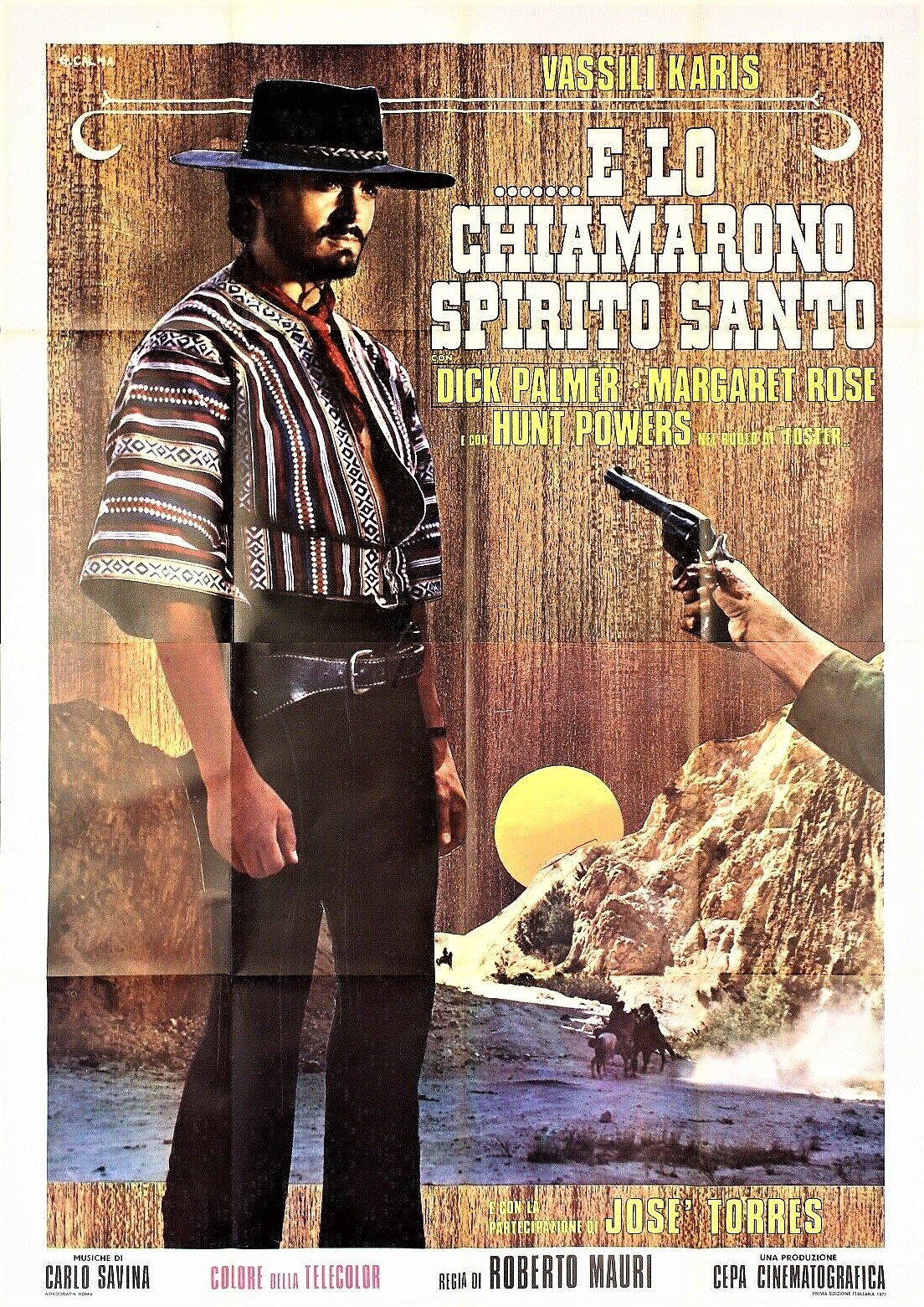 After gaining his freedom with the help of an old friend of his father, Spirito Santo recovers in an abandoned mine the gold fruit of a previous robbery and makes preparations for a new job recruiting a strange sacristan armed with a machine-gun. Meanwhile a Native American sheriff is on his trail.

Retrieved from "https://www.spaghetti-western.net/index.php?title=E_lo_chiamarono_Spirito_Santo&oldid=140720"
Categories:
Cookies help us deliver our services. By using our services, you agree to our use of cookies.