From The Spaghetti Western Database
(Redirected from A Fistful of Dollars)
Jump to: navigation, search

Per un pugno di dollari (Italy · Spain · West Germany, 1964) is a spaghetti western by Sergio Leone that premiered in 1964. This highly influential film is credited with starting the Italian western genre craze. 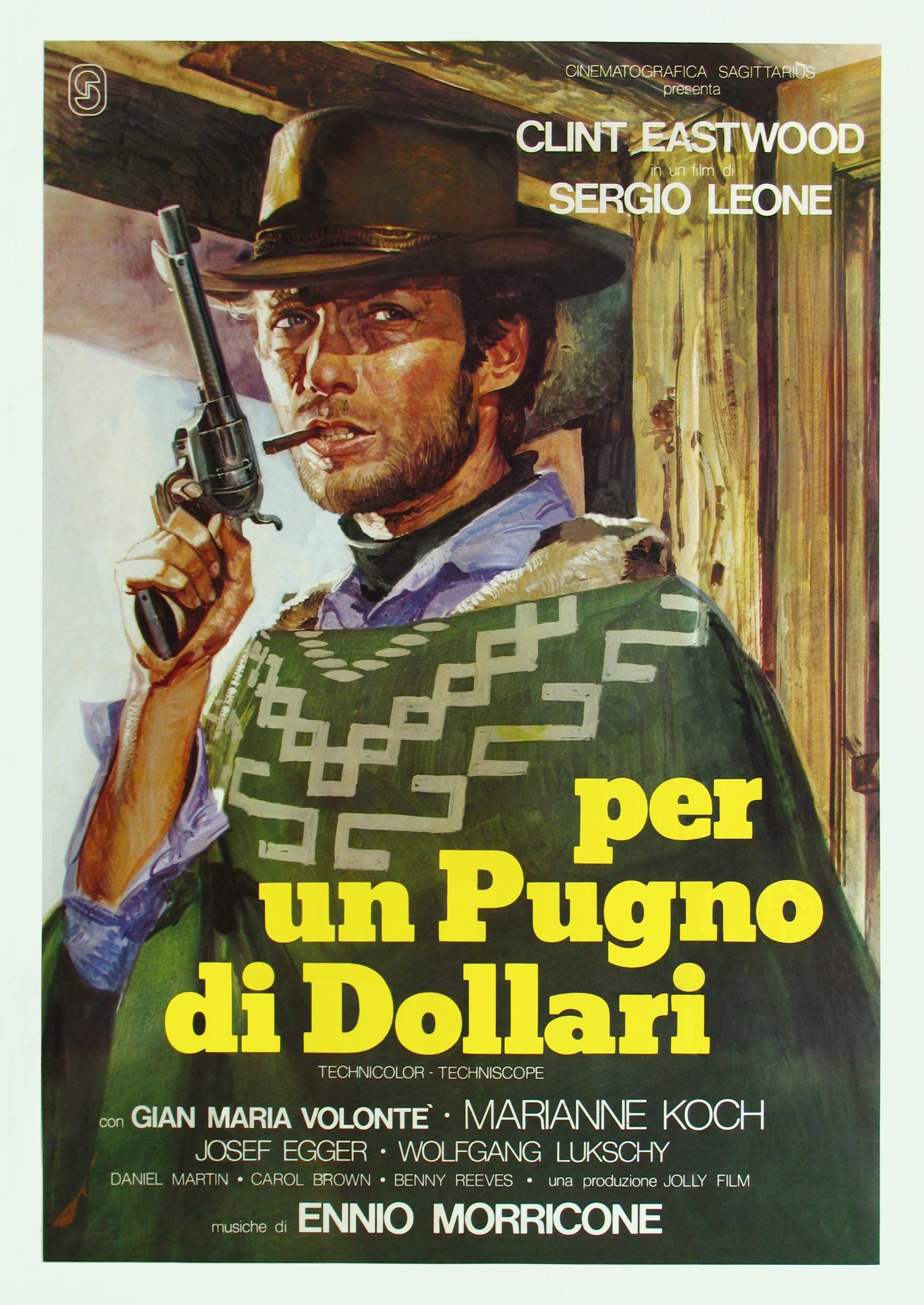 Learn more about the Man with no Name.

By the time Sergio Leone made this film, Italians had already produced about 20 films ironically labelled "spaghetti westerns." Leone approached the genre with great love and humor. Although the plot was borrowed from Akira Kurosawa's Yojimbo (1961), Leone managed to create a work of his own that would serve as a model for many films to come. Clint Eastwood plays a cynical gunfighter who comes to a small border town and offers his services to two rivaling gangs. Neither gang is aware of his double play, and each thinks it is using him, but the stranger will outwit them both. The picture was the first installment in a cycle commonly known as the "Dollars" trilogy. Later, United Artists, who distributed it in the U.S., coined another term for it: the "Man With No Name" trilogy. While not as impressive as its follow-ups For a Few Dollars More (1965) and The Good, the Bad, and the Ugly (1966), A Fistful of Dollars contains all of Leone's eventual trademarks: taciturn characters, precise framing, extreme close-ups, and the haunting music of Ennio Morricone.

Retrieved from "https://www.spaghetti-western.net/index.php?title=Per_un_pugno_di_dollari&oldid=140701"
Categories:
Cookies help us deliver our services. By using our services, you agree to our use of cookies.