A Fistful of Dollars turns 50

Today marks the 50th anniversary of the premiere of the Spaghetti Western that would change it all… Sergio Leone‘s A FISTFUL OF DOLLARS. 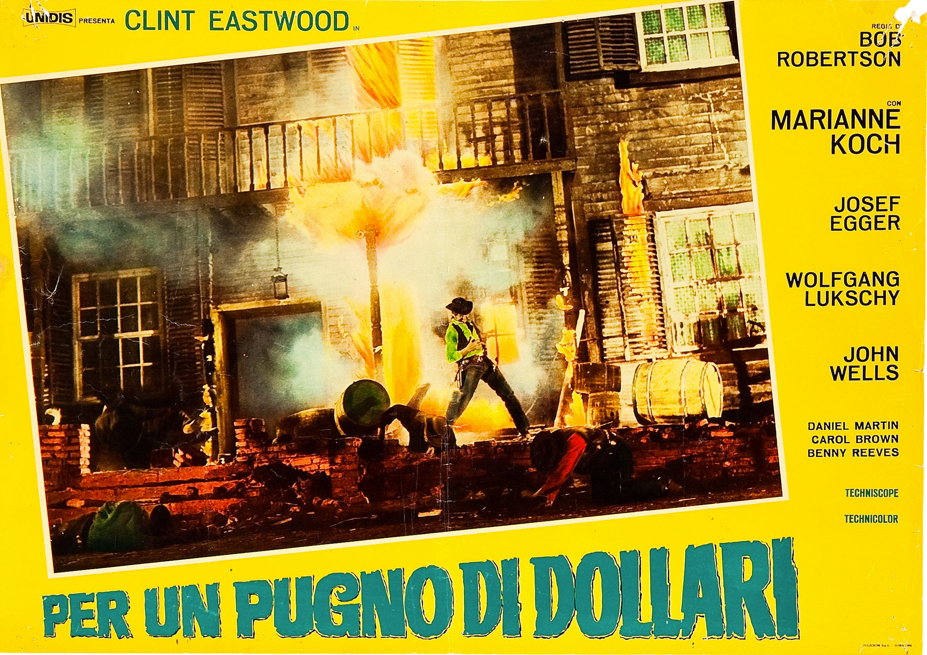 The movie would change the cinematic landscape forever. The genre blossomed, spawned hundreds of movies per year until the late 70s. Leone is considered a grandmaster of cinema today, for movies that back then received little attention from critics, even though (unimaginable today) some of his movies played in theaters for years. As for Clint Eastwood, his career really took off. He starred in two more of Leone’s masterpieces before returning back to the US, where he initially stuck to the western genre (Hang ’em High and High Plains Drifter are basically spaghetti westerns) before morphing into Dirty Harry. Sergio Leone died way too early and left a legacy of epic masterpieces. His Once Upon a Time in America had only recently been digitally remastered and restored, and will hit the US BluRay market this winter.

A Fistful of Dollars: The Neverending Restoration Saga

With the advent of DVD, many people were for the first time able to watch Spaghetti Westerns in properly remastered versions, often uncut for the first time. As DVD matured, re-releases led to ever more extensive restorations and re-issues. Still, hundreds of them are not available in proper editions, but the situation gets better on a steady basis. The more prominent ones are now in a phase where they are about to receive their third BluRay treatment. The Dollars Trilogy has recently undergone a remastering process and is now slowly available in the major markets in their uncut form, with a new transfer that (to some people’s dismay) looks distinctly more “yellow” than previous iterations even though sources say this is much closer to the initial theatrical exhibition. Short of time travel, we’ll never know…. 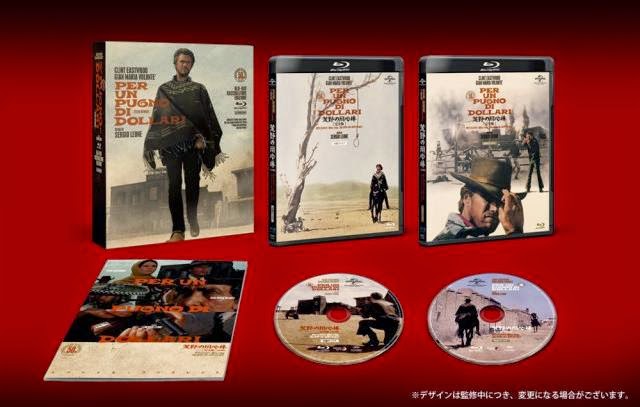 The picture above is from a BluRay edition coming soon to Japan.

… and check out this great footage:

May 2014: Quentin Tarantino to host Fistful of Dollars 4k Screening at Cannes

Several weeks ago there were reports about Sergio Leone‘s groundbreaking A FISTFUL OF DOLLARS to be screened at this year’s Cannes Film Festival. The 4k restoration (which will probably power upcoming re-releases of the Film on BluRay) will helm the closing night festivities. It is the 50th anniversary of the birth of the Spaghetti Western, and the restoration backers Cineteca di Bologna, Unidis Jolly Film (they are the original producing and distribution company), the Hollywood Foreign Press Association and Martin Scorsese‘s Film Foundation are hosting the evening together with Quentin Tarantino, on Saturday May 24 after the main prize ceremony.

Retrieved from "https://www.spaghetti-western.net/index.php?title=A_Fistful_of_Dollars_turns_50&oldid=112429"
Category:
Cookies help us deliver our services. By using our services, you agree to our use of cookies.