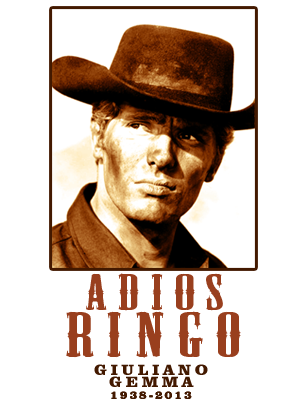 When the Italians started to make western movies, it was thought that a western needed an American lead actor. However, in 1965 Duccio Tessari chose a young Italian actor for the role of Ringo, the gunslinger with an angel face. For the occasion, the young man adopted the Americanized pseudo Montgomery Wood, but he would soon have his original Italian name on the credits: Giuliano Gemma.

Because of his good looks he was called Bello Giuliano, and to the Italians he became Il Pistolero Nazionale. His popularity paved the way for other Italian actors who would become western movie stars, such as Franco Nero, Terence Hill, Bud Spencer and Gianni Garko. Gemma appeared in all kinds of genres, but even in his home country he is best remembered as: