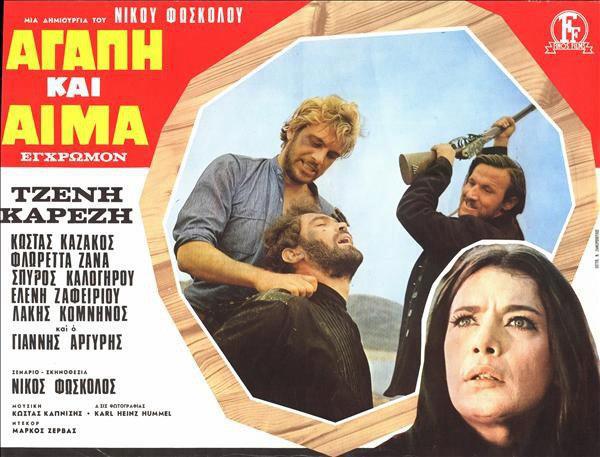 The abysmal hatred which exists between two landowners is transferred to their natural environment as well. Whatever crosses the river separating the two families, be it man or beast, dies. The film is yet another rendering of the Romeo and Juliet tale, with intense emotions, dominated by the extreme behavior of the heroes. The film tries to imitate the style, atmosphere and action of spaghetti westerns.

Retrieved from "https://www.spaghetti-western.net/index.php?title=Agapi_kai_aima&oldid=103721"
Categories:
Cookies help us deliver our services. By using our services, you agree to our use of cookies.