All About Sergio Leone: The Definitive Anthology 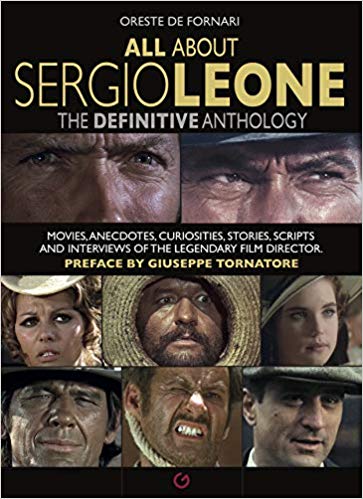 A definitive anthology dedicated to the most American of the Italian directors, who's way of doing cinema has influenced tens of filmmakers (Tarantino above all). Besides a detailed examination of films, personal memories of the director and of the many collaborators who worked with him (from Bertolucci to Dario Argento, from Ennio Morricone to Clint Eastwood), script excerpts and beautiful photographs. The volume by De Fornari, an experienced Italian film critic (who knew Leone well) and author of another insightful book about Leone, uses individual films along with original material: a preface by Academy Award winning filmmaker Giuseppe Tornatore, a collection of quotes arranged alphabetically and an essay ("Six Ways Not to Resemble John Ford") that explains what distinguishes Leone from the myriad of Italian and American directors making westerns.

De Fornari Is An Italian Historian, Critic, Award-Winning Broadcaster And Television Presenter. He Is Also A Director Of Documentary Flms And Author Of Various Works On Walt Disney, Leone, Truffault And Hitchcock.