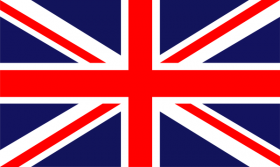 Although the genre abroad was almost universally neglected and panned by critics, there was no denying that it drew crowds. By the mid to late 60's, the US and UK began making their own Spanish shot westerns. The US spaghetti imitators were obviously still within the range of the American Western style, but the UK had something completely different. Although their output was small compared to those of the Italians, the British did have a small collection of films that are completely different than both the American and Italian westerns of the time which, in a way, is refreshing. They were often more Euro in look and feel than the American westerns but still could not and did not achieve the exact feel of the true Spaghetti Western.

One of the first British Spaghetti Westerns was the notorious Captain Apache. The film tells the strange story of an Indian Cavalry officer dispatched to uncover the murder of the Indian commisioner. He must also uncover the plot of "April Morning." The film is known for it's low quality and poor direction. But the film is really no different than most British Westerns of Spain. Poor quality and obvious yet disguised imitation. This is what Spaghetti Western fans find most obvious in these British Spaghetti Westerns.

The British Westerns, as I said, were infamous for their cheap feel. This is rather unsurprising once you look into the film's production details. Most of the films were shot by inexperienced TV directors who had never directed a full length or theatrical film before. Alexander Singer, the director of Captain Apache, had no experience in film outside of television and his inexperience in both theatrical films, and his lack of knowledge in the Spaghetti Western and American Western genres shows poorly. But Don Medford, the director of The Hunting Party, had the same background and delivered a far more impressive film. But still far out of touch with the real and mythical western world. 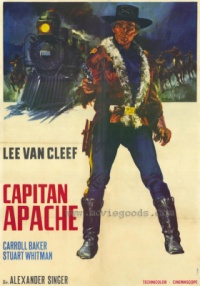 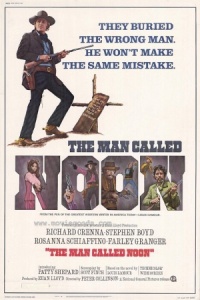 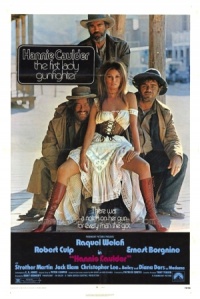 The Hunting Party is also an example of the technical and commercial aspects that the British Spaghettis did have. That is Violence. The film is about a powerful, mean, and violent rancher who, with his friends, pursue his wife's kidnapper and his wife. The film is known for its extreme violence and gore. But also for it's good cast. Gene Hackman, Oliver Reed, and Candice Bergen fill out the main characters in this violent tale. But the film does suffer from the same diagnosis as the other British Westerns. It does not contain the Euro western feel. Because of this, it is rather bland and very slow in some spots. But the action packed violence often seems showcased in a glorious way which makes this film a fine example of the imitators of Peckinpah.

Films in the early 70's were often filled with extreme and needlessly gruesome violence. This was all due to the fact that Sam Peckinpah's justifiably violent western The Wild Bunch was itself, extremely violent. Peckinaph increased the realism of violence to show reality with gory blood squibs and rapidly edited and purposefully disturbing slow motion footage. But Peckinpah was also trying to make his film represent the intense violence of war. Specifically Vietnam, which he, like most liberals, was against. He was trying to de-glorify and demystify violence and the western. But many film companies mistook his intentions and filmed violence for the sake of violence. Hunting Party is one of the most extreme examples of this violence. As is A Town Called Hell. This can make these films hard to appreciate and pretentious. But that is what a lot of the British Westerns were.

A Town Called Hell is one of the more intelligent of the British Westerns. The film is about a priest in a small Mexican village who is called out by a Mexican army officer who has taken hostages. The officer is looking for revolutionary fighter, Aguila. I cannot go into more detail because the film is very confusing. A Town Called Hell suffers from blandness. It is a boring movie. But it's plot is well thought out yet poorly executed. I suppose this is one of the many problems with these films. They can be very confusing.

The confusion you may feel in these films is obviously very frustrating. It would not be too difficult for an experienced director to handle these. But some of these westerns have a certain feeling of carelessness on the film makers part. What I am trying to say is that these films can be frustrating. They try to be smart, intelligent films but often descend into pretention as a result. Others are far too simple and preachy. I am speaking specifically about Charley One-Eye. 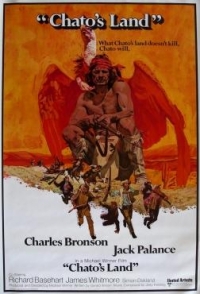 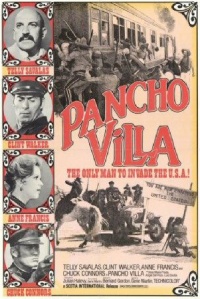 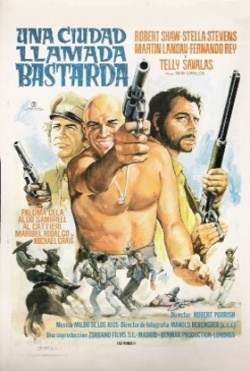 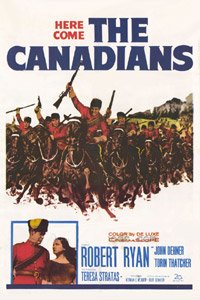 Charley One-Eye is an allegorical film about friendship, racism, and society. But these themes seem both cliched and pointless. It may sound good of them to touch on these subjects but they are handled too obviously. Another pretentious result. But its simplicity and irony are both good aspects of the film. But in the end, its themes are rather needlessly discussed. But also, the film is far better made than most British Westerns. It has beauty in the landscape and does not dwell on action or romance. And I suppose I found its plot well thought up. Even if it was an excuse to preach.

Plot is actually an important aspect of these films. When researching a Spaghetti Western, I may become disinterested after learning the film is yet another vengeance western. But the British Westerns do have far more interesting plots. Captain Apache is a detective story out west. The Hunting Party is an interesting twist on Shalako. Man Called Noon is about an amnesiac gunfighter. An especially interesting theme. This is one of the few good aspects that these British Westerns have.

Man Called Noon is the best British Western in my estimation. It is well plotted and rather atmospheric for a British western. It doesn't suffer from many of the problems the others have. Most likely because it was directed by Peter Collinson who was both an established film director, and had skill. The story was adapted from a Louis L'Amour novel about a gunfighter who is wounded in the head by a unseen gunman and must travel the land in search of both his identity and those responsible.

The British Westerns do have their fans. Some enjoy them for their often laughably bad quality while others actually like them for what they are. And while they are in no way comparable to the Italian Western, they at least had one or two real winners in their filmography. I would personally suggest to stay away from them but who knows. You may be one of those who find them enjoyable. I didn't.