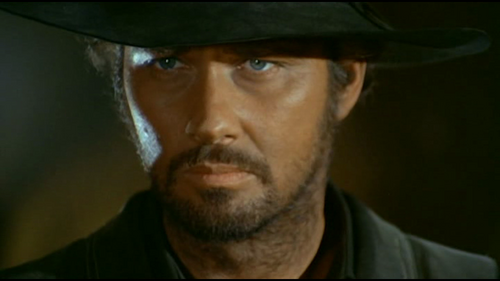 Brett Halsey came into this world as Charles Oliver Hand, the son of a San Francisco contractor. Formerly a page at the CBS studios in Hollywood, the 20-year-old Halsey was signed to a Universal contract in 1953. His earliest film efforts include The Glass Web (1953) and Ma and Pa Kettle at Home (1954), in which he played one of the myriad of Kettle offspring. He went on to play leads in bottom-budget juvenile delinquent films, including the immortal 1958 howler Speed Crazy. Under contract to 20th Century-Fox in the late 1950s-early 1960s, Halsey starred in Return of the Fly (1959) and was seen on a weekly basis as swinging journalist Paul Templin in the TV series Follow the Sun (1961). He then packed his bags and headed to Italy, where he played leads in swashbucklers and spy actioners. His experiences as a journeyman actor in Europe were encapsulated in his novel Magnificent Strangers. Halsey returned to the U.S. in the early 1970s, where he showed up in such TV daytime dramas as Love is a Many Splendored Thing, Search for Tomorrow and, General Hospital. More recently, he was cast to good advantage in Francis Ford Coppolas' Godfather III (1990). Brett Halsey was at one time married to actress Luciana Paluzzi.

Retrieved from "https://www.spaghetti-western.net/index.php?title=Category:Brett_Halsey&oldid=116764"
Category:
Cookies help us deliver our services. By using our services, you agree to our use of cookies.