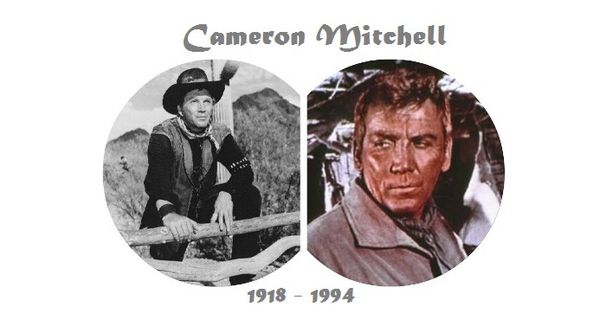 Cameron Mitchell was born as Cameron McDowell Mitzel in Dallas Town, Pennsylvania, November 4, 1918. His father was a pastor at a reformed church in Butler County PA. As a young man Cameron joined Alfred Lunt and Lynn Fontanne's National Theater Company; it was Fontanne who advized him to change his name into Mitchell.

During World War II, he served as a bombardier with the United States Army Air Forces.

His film career started soon after the war with minor roles in movies like John Ford’s They Were Expendable (1945), alongside John Wayne, and Command Decision (1947), in which he played a bombardier and befriended Clark Gable, who had joined the Air Forces as well during WWII. He voiced Jesus of Nazareth in The Robe (1953). Mitchell seemed destined to become a star and appeared in several successful productions, but somehow he failed to realize his great breakthrough.

In the early Sixties he went to Italy to appear in a series of Sword and Sandel movies, thrillers and horror productions such as Mario Bava’s classic Giallo Blood and Black Lace (Sei donne per un assassino, 1964). Sergio Corbucci cast him as the gunslinger losing his eye-sight in his second western, Minnesota Clay. In the same year, he also appeared in Sergio Bergonzelli’s Jim, il Primo. According to Corbucci, Mitchell’s financial situation was deplorable when he made Minnesota Clay. On the set he had befriended Mexican Ethel Rojo and felt attracted to her, but he started avoiding her as much as possible after she had told him that she was dreaming of a life as a Hollywood star, because he feared that - in Corbucci's words - 'he could not afford her’ (*1).

Mitchell finally became a household name when he joined the cast of the TV-series High Chaparral. He was the most experienced actor on the set and according to other members of the cast and crew he used all his experience to make the show work. At the same time his behavior was completely unpredictable. Production manager Kent McCray:

"He knew all camera tricks and that’s one reason he was so effective. Of course, you never knew what hair color he’d show up with (...) and he had a rental car that was always a wreck, with mold on the back seat from spilled fast food".

Stuntman Bob Hoy, who often doubled for him, confirmed:

"I remember that car, it was beyond anything you’ve ever seen. Coffee cups, half-eaten hamburgers, cigarette butts." (*2)

Cameron Mitchell died July 7, 1994 and was buried at Desert Memorial Cemetery, Palm Springs, the same cemetery where - among may other celebreties - Frank Sinatra and Sonny Bono were buried. 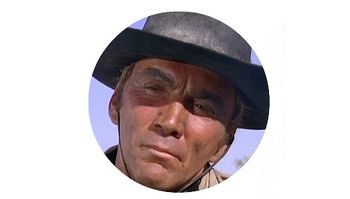 Retrieved from "https://www.spaghetti-western.net/index.php?title=Category:Cameron_Mitchell&oldid=99945"
Category:
Cookies help us deliver our services. By using our services, you agree to our use of cookies.