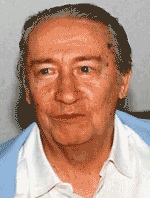 Carlo Rustichelli was born December 24, 1916 in Italy, after school he studied piano and composition at the Academia Filarmonica in Bologna and later at the Academy of Santa Cecilia in Rome. At the beginning he he worked for theatres and opera houses. In 1939 he began composing music for films. He worked in movies intermittently during the early '40s, though Rustichelli wasn't closely involved in the motion pictures on a steady basis for another nine years. It was his work for director Pietro Germi on such movies as In Nome Della Legge and Il Cammino Della Speranza, that altered the course of Rustichelli's career. Now his work represents more than 250 movies. He is sometimes credited as Joan Christian, Evirust or Jim Murphy.

The following 22 pages are in this category, out of 22 total.