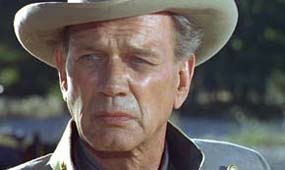 Born to a well-to-do Southern family, Joseph Cotten studied at the Hickman School of Expression in Washington D.C., and later sought out theater jobs in New York. He made his Broadway debut in 1930, and seven years later joined Orson Welles' progressive Mercury Theatre company, playing leads in such productions as Julius Caesar and Shoemaker's Holiday. He briefly left Welles in 1939 to co-star in Katharine Hepburn's Broadway comeback vehicle The Philadelphia Story. Cotten rejoinedWelles in Hollywood in 1940, making his feature-film debut as Jed Leland in Welles' Citizen Kane (1941). As a sort of private joke, Jed Leland was a dramatic critic, a profession which Cotten himself had briefly pursued on the Miami Herald in the late '20s. Cotten went on to play the kindly auto mogul Eugene Morgan in Welles' The Magnificent Ambersons in 1942, and both acted in and co-wrote Journey Into Fear, the film that Welles was working on when he was summarily fired by RKO. Cotten remained a close friend of Welles until the director's death in 1985; he co-starred with Welles in Carol Reed's The Third Man (1949) and played an unbilled cameo for old times' sake in the Welles-directed Touch of Evil (1958). A firmly established romantic lead by the early '40s, Cotten occasionally stepped outside his established screen image to play murderers (Alfred Hitchcock's Shadow of a Doubt [1943]) and surly drunkards (Under Capricorn [1949]). A longtime contractee of David O. Selznick, Cotten won a Venice Film Festival award for his performance in Selznick's Portrait of Jennie (1948). Cotten's screen career flagged during the 1950s and '60s, though he flourished on television as a guest performer on such anthologies as Alfred Hitchcock Presents, Fireside Theatre, The Great Adventure, and as host of The 20th Century-Fox Hour (1955), The Joseph Cotten Show (1956), On Trial (1959), and Hollywood and the Stars (1963). He also appeared in several stage productions, often in the company of his second wife, actress Patricia Medina. In 1987, Cotten published his engagingly candid autobiography, Vanity Will Get You Somewhere. He died of pneumonia in 1994 at the age of 88.