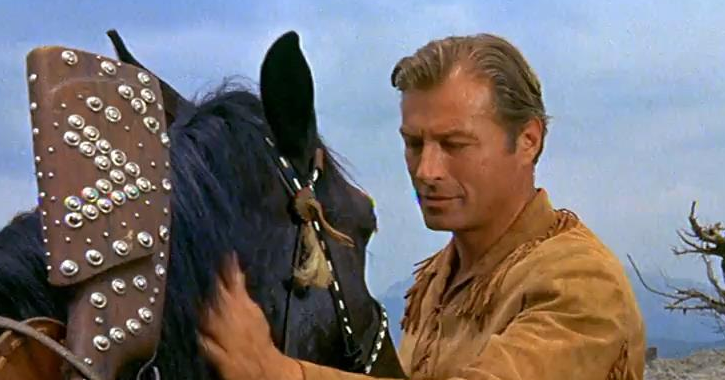 Born to a wealthy New York family, Lex Barker took time off from being a high-profile playboy to attend Princeton University and pick up theatrical experience in a stock company. In films from 1945, Barker made little impression as a leading man until he was selected to replace Johnny Weissmuller as moviedom's Tarzan. The tenth actor to essay this role, Barker starred as the Lord of the Jungle in five Tarzan programmers produced by Sol Lesser between 1949 and 1953. After leaving the series, Barker floundered in formula westerns until he moved to Europe in 1958, where he starred in an internationally successful German/Italian western series based on Karl May's "Winnetou" stories. He also showed up in a handful of James Bond rip-offs, and was prominently featured in Fellini's La Dolce Vita. In 1966, he won Germany's Bambi Award for "Best Foreign Actor." Barker was married five times; his most famous wives were actresses Arlene Dahl and Lana Turner.

The following 23 pages are in this category, out of 23 total.

Retrieved from "https://www.spaghetti-western.net/index.php?title=Category:Lex_Barker&oldid=101952"
Category:
Cookies help us deliver our services. By using our services, you agree to our use of cookies.