William Berger is an Austrian actor. 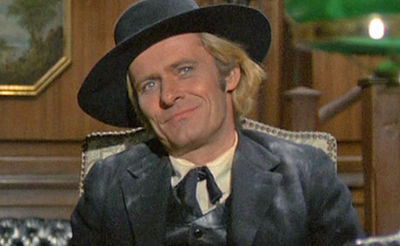 He made his debut as an actor when he was asked to replace another actor in a stage play; he followed lessons at the Actor's Studio and made several successful stage appearances, but he was dreaming of a career in the movies and therefore moved with his family (his partner Marjorie and their two children) to Hollywood; he wasn't able to find work and soon had marital problems. Back in New York he took up acting again and fell in love with the actress Carol Lobravico, who introduced him to her jet-set friends (and the world of drugs). When making a trip to Europe in 1965, he was offered a small role in the Sinatra movie Von Ryan's Express. CONTINUE READING (full actor biography)

The following 33 pages are in this category, out of 33 total.