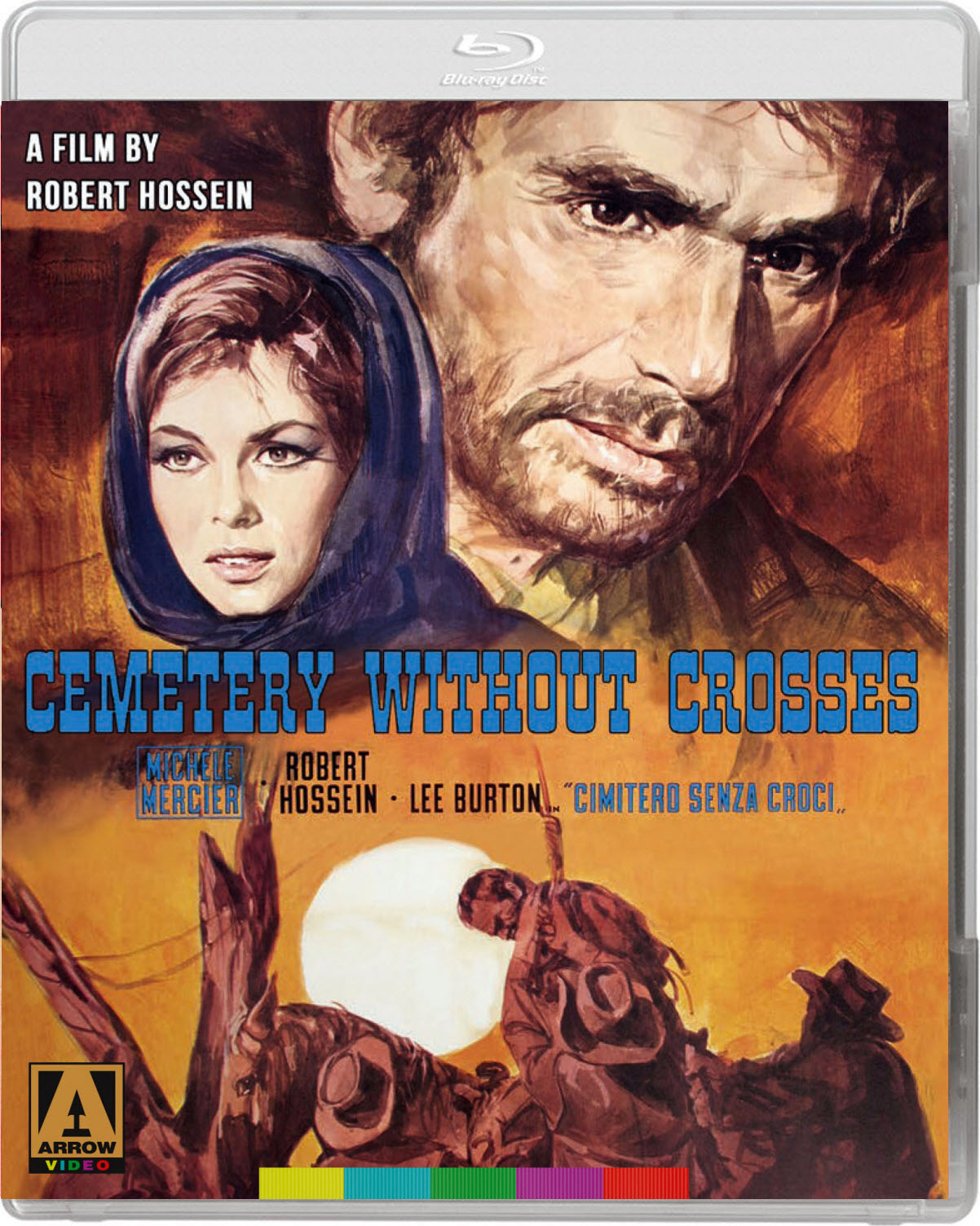 "You Believe in Revenge… But I Don’t… It Never Ends"

This 1969 Italian/France/Spanish co-production is unequivocally one of the masterpieces of the Spaghetti western genre. While it still borrows from the Italian westerns that came before it, the emotional mix of passion and violence propels this film into a singularly unique vision. And while the plot revolves around revenge, the emotional fragileness of the people in the film are the key to its greatness. While many Italian westerns used revenge as a plot device, this film introduces characters who we the viewer care about and while we can’t condone all their actions, we sympathize with their quest for revenge and we feel their pain and emptiness. The loss of love and the desire for revenge are two of the most devastating emotions that consume many of us at some point in our lives, so we each can feel for the main characters, who are presented here as emotional beings who find that for love, they would do anything. 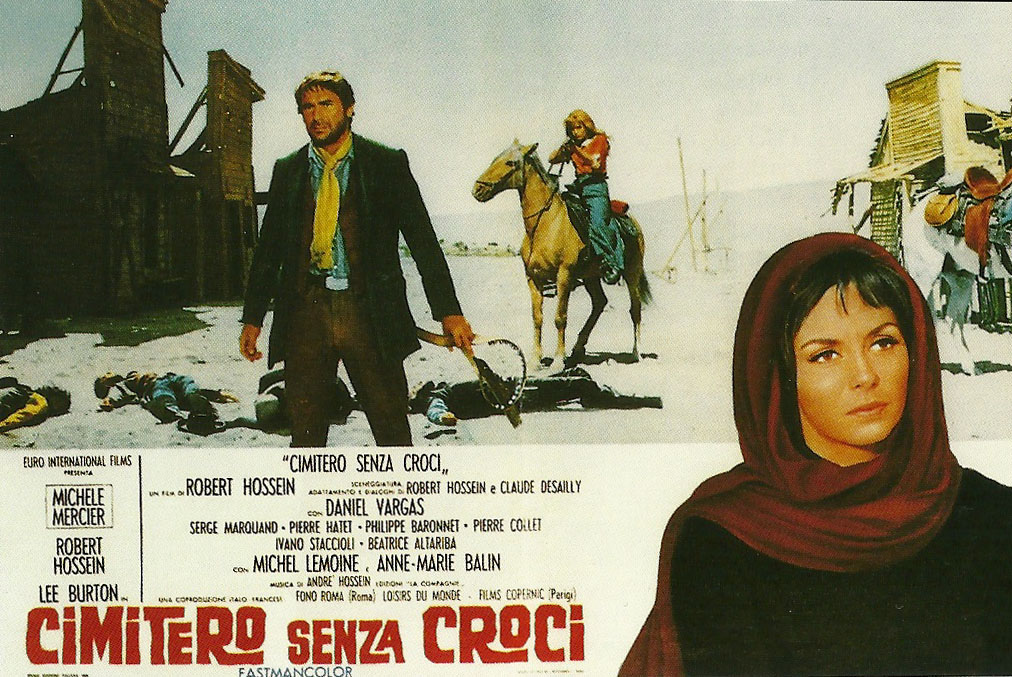 The film opens in black and white as three men are fleeing a group of men, one of the men Ben Caine (Benito Steffanelli), who is wounded separates from the other two and heads to his small ranch where his wife Maria awaits him. The men who were giving chase are the Rogers family and their gang. At the ranch, they grab Ben up and hang him as the hysterical Maria sobs as the grim spectacle unfolds. The Father of the Rogers clan Will Rogers (Daniele Vargas) says, “Let’s go men, I want the other two Caine’s, let’s go,” as they ride off in pursuit of the other two men, Thomas Caine (Guido Lollobrigida as Lee Burton) and Eli Caine (Michel Lemoine). Thomas and Eli evade the men, but perched on a hill above their ranch, they see it burnt to the ground. They return to find Maria burying Ben and go in and split the money they had stolen from the Rogers, who in turn had stolen and sold their herd. 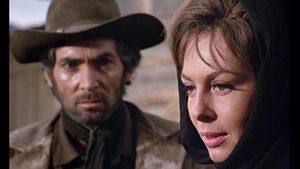 Maria with her part of the money in hand, goes to a ghost town where a man from her past lives and she offers her portion of the money to help her get revenge against the Rogers. The man Manuel first refuses to help Maria saying, “You believe in revenge, but I don’t. It never ends.” After Maria leaves the money and vacates, Manuel who lives a lonely existence reaches into a small cupboard that holds a music box that contains a black glove, on the cupboard door is a photo of Ben, Maria and Manuel. The glove is that of a man in Manuel’s violent past, a man who lived by the colt, but has stopped the killing, but dons the black glove again, for love.

Manuel goes to the local town that the Rogers’ control and when Larry Rogers is being accosted by a family of locals, named the Vallee’s, Manuel helps kill the men. Manuel is put in jail by the sheriff, who is obviously being controlled by the Rogers, an unwilling circumstance, but a necessary one to survive. The nest day, the three Rogers' boys bring a note to the sheriff from their Pa and it gets Manuel sprung from jail. The boys take Manuel back to the Rogers’ ranch and there Will, offers his gratitude for the help at the saloon and extends an offer of a job as a foreman, which Manuel accepts. That night Manuel goes out for a look around and after knocking the guard out, releases the horses from the corral, the men take chase and with this momentary disturbance, Manuel steals upstairs and kidnaps Dianna (Anne-Marie Balin), the only daughter of Will Rogers. Manuel takes Dianna back to the ghost town as Maria goes to the Rogers family with the info that she controls Dianna destiny. Maria insist that the Rogers’ men give her husband Ben, a proper burial. Maria wants the Rogers’ to pray for his soul and for the people of town to see what they had done to Ben. That they would have to honor him, kneeling before God, as humiliated men. 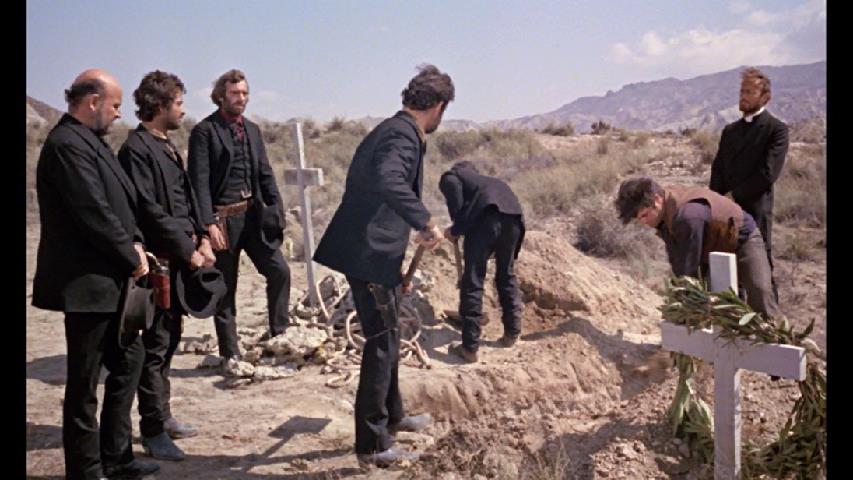 Thomas and Eli end up at the ranch of the Rogers’ and are beaten severely by the Rogers’, until Tomas tells them, $2000 to get her back.” Will allows only Thomas to leave, holding Eli as collateral that Thomas will return with the girl. The Rogers’ pay Maria a visit and after Manuel returns Dianna to her father’s ranch he goes to get Maria and leave for a new life together.

A man who has quit fighting, is asked by the women he had left, but had never stopped loving, to strap on his gun and seek revenge for his friend Ben, but he does so mostly for the woman who had broken his heart when he had left and upon returning had found her married. Manuel lived symbolically in a ghost town, all alone and living in a broken past of love lost. “I remember when you first went away. I shouldn’t have married Ben. But you… you never came back.” 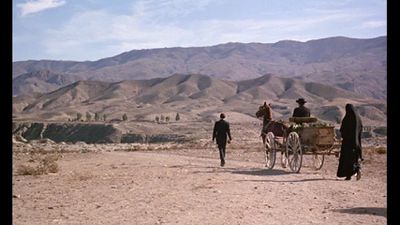 I will not go into too much detail about the ending, but it is emotional and shows what Manual had said about revenge never ending. The Locations are barren and breathtaking with long shots of the isolation and emptiness that the Caine’s, Maria and Manuel dwelled in. The cinematography is outstanding on this film and direction by the star Robert Hossein is majestically performed. The script while a bit sparse, lets the moments of non-verbalizing, body language and glances speak for it at times, and that silence speaks volumes. The Theme Song “The Rope and The Colt,” is sung by the legendary Scott Walker and its one of the finest vocal theme songs in Italian westerns, the whole score is outstanding and adds to the beauty of the film. I can’t say that any other Italian western film has made the emotions in me run the gamut as this film has done and continues to do upon repeated viewings. A masterpiece of epic proportions that while borrowing from the tired evil town boss, revenge motivated and a man picking his guns back up, to fight again, is a fresh, intoxicating master work. The stunningly Beautiful actress Michelle Mercier is wonderful in the role of Maria and is a female character, who is fully fleshed out, and not the female staples the Italian westerns usually afforded females. She is determined to get revenge, which in many Italian westerns was a male exclusive. Just brilliant all the way around and although the Rogers’ were villainous, they never once became caricatures or over exaggerated characters. The Manuel character although a man who knew how to handle a gun, was a quiet, thoughtful, articulate man who tried to leave his past behind, but is dragged back into it because of something that still burned inside him, love. 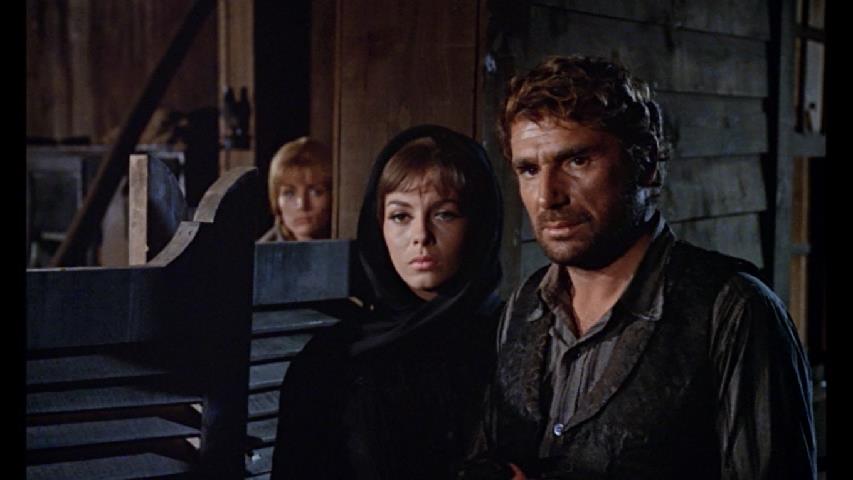 A movie that has been in dire need of a proper English language release, and thanks to Arrow video, here it is in all its Blu-Ray glory. The print used for the most part is outstanding, with the only issues being the generic hand-held opening sequence, which is due to the filming process and a few scenes where the scope of the picture is impacted because of the colors and background being impossibly vast and lacking a bit of definition, again partly the fault of the original process. The sound is superb and is synced properly.The film begins in Black and White and switches to color around the 3:26 mark and remains colorized until the end, when it resorts back to Black and White.

The Extras are outstanding, including a 2015 interview with Robert Hossein, where he says that he was to appear in Sergio Leone’s Once Upon a Time in the West, but was under contract to do a film, which ended up being Madame with Sophia Loren. Speaking of Leone, Hossein says that Leone asked to direct a sequence and that uncredited sequence is the outstanding dinner scene at the Rogers’ ranch. Also included is a fantastic segment from a French television news show that visited the set of Cemetery Without Crosses during the filming, it is in black and white with English subtitles. In the news segment they interview Hossein and Mercier and also actor Serge Marquand (Larry Rogers), who appears in a cast after breaking his leg falling off a horse, which is shown on the presented footage. Outstanding release in both quality and quantity, if you don’t have it yet, pick up this masterpiece! 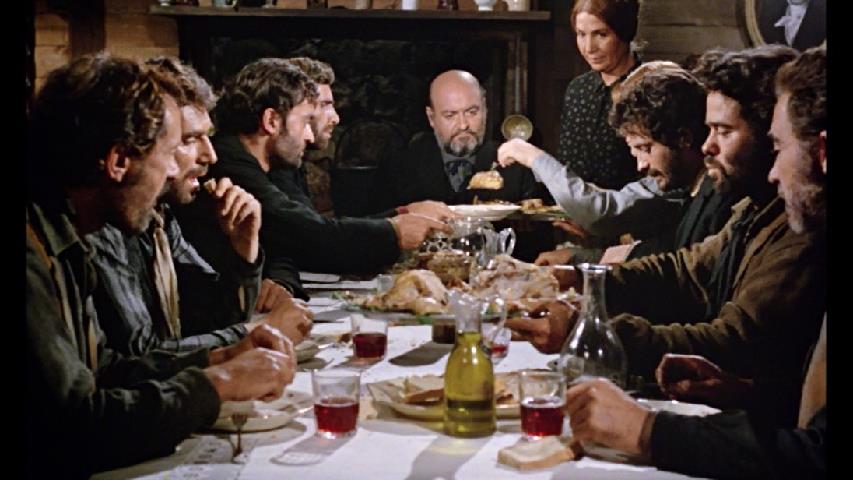 Article written by Michael Hauss, author of several reviews for Monster magazine, We Belong Dead, Multitude of Movies, Divine Exploitation and blogs that includes Multitude of Movies, Theater of Guts and the SWDb. He has a love of film with particular interest in the Spaghetti Western and Horror genres. Michael lives in the United States where he resides with his daughter and their two cats Rotten Ralph and Fatty boo-boo.
Retrieved from "https://www.spaghetti-western.net/index.php?title=Cemetery_Without_Crosses_-_Arrow_Video&oldid=140235"
Category:
Cookies help us deliver our services. By using our services, you agree to our use of cookies.