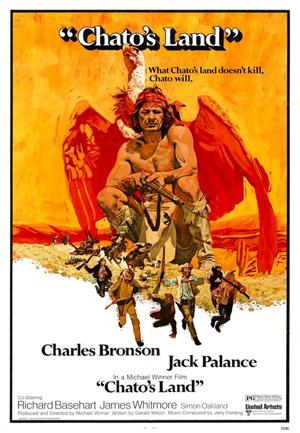 This remarkable "Vietnam" western is easily the best of the British produced westerns and gives Charles Bronson a perfect (and nearly silent role) as a half breed who is pursued by a posse of vigilantes. After some of them have raped his wife he turns into a deadly ghostlike avenger in a hostile environment. An environment in which he is forced to live and of which he is a part, but which soon becomes a death trap for the white intruders. // by Stanton

Retrieved from "https://www.spaghetti-western.net/index.php?title=Chato%27s_Land&oldid=139526"
Categories:
Cookies help us deliver our services. By using our services, you agree to our use of cookies.