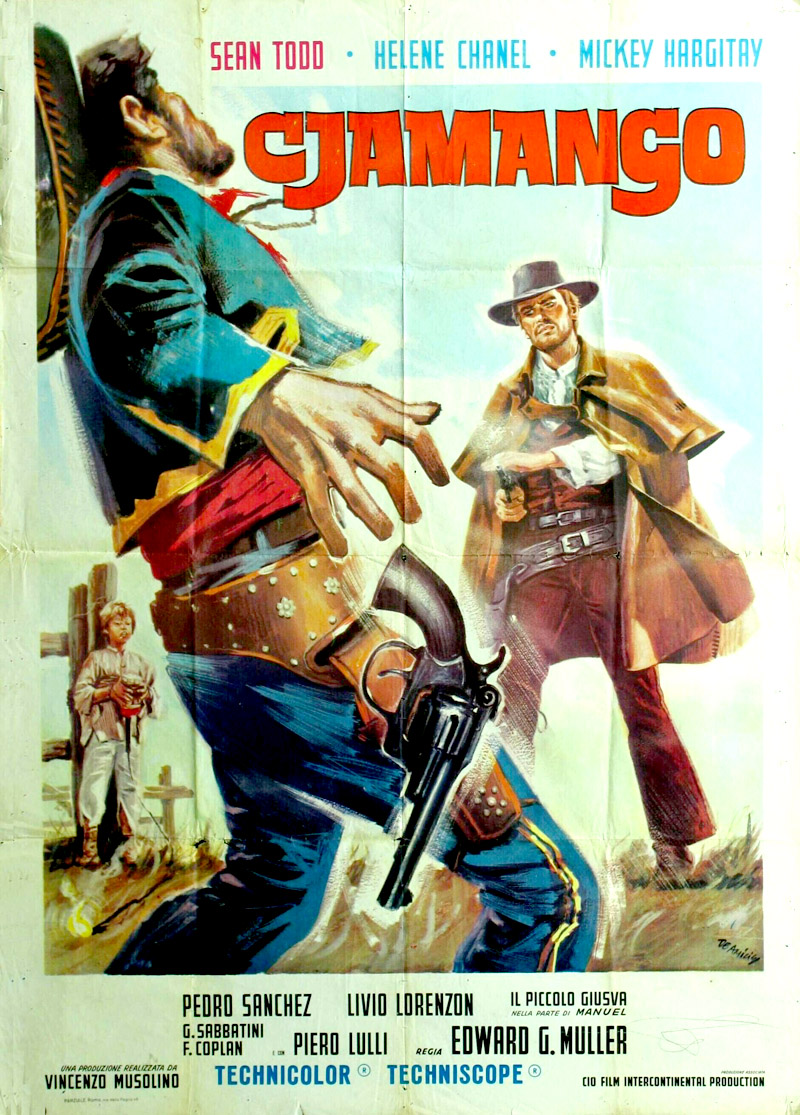 Just when Cjamango has won a bag of gold in a poker game, he is attacked by the gangs of El Tigre and Don Pablo. As he recovers from the injuries caused by the attack, Cjamango becomes attached to a Mexican boy, Manuel, and to a beautiful girl, Perla. El Tigre and Pablo are meanwhile at odds with one another about the gold, and Cjamango tries to play them against themselves. But there is also a mysterious stranger whose aims are unclear.

Cjamango is a well directed variation on the formula of FoD, but suffers from an uninspired screenplay and a few needless sentimental scenes with a cute kid. If the name Cjamango is a clear derivation from Django, the poncho-clad character is closer to Eastwood's No Name.

Cjamango was the 3rd of four SWs in which Mulargia and Musolino worked together. After Edoardo Mulargia threw over with Producer Vincenzo Musolino, a sequel was directed by Musolino himself. In May God Forgive You ... but I Don't (1968), Cjamango was played by George Ardisson.