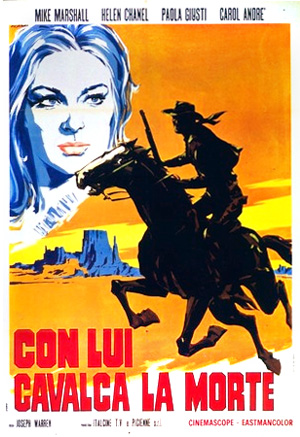 Even in his most routine western Giuseppe Vari shows that he was a capable director for this genre. It might be a simple film, but it is still an entertaining one. // by Stanton

Retrieved from "https://www.spaghetti-western.net/index.php?title=Con_lui_cavalca_la_morte&oldid=140915"
Categories:
Cookies help us deliver our services. By using our services, you agree to our use of cookies.