Critical Perspectives on the Western: From a Fistful of Dollars to Django Unchained

Title: Critical Perspectives on the Western: From a Fistful of Dollars to Django Unchained 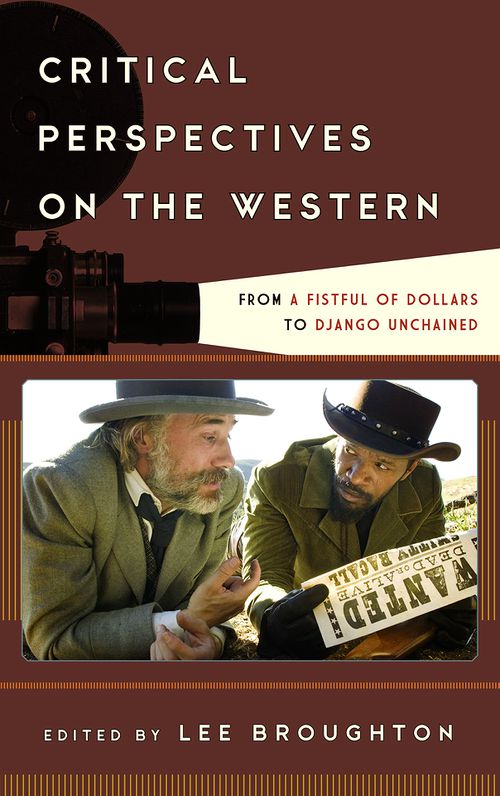 For decades, the Western film has been considered to be a dying cinematic form, yet filmmakers from Quentin Tarantino to Ethan and Joel Coen have found new ways to reinvigorate the genre. As Westerns continue to be produced for contemporary audiences, scholars have taken a renewed interest in the relevance of this enduring genre. In Critical Perspectives on the Western, Lee Broughton has compiled a wide-ranging collection of essays by international scholars that look at various forms of the genre, on both the large and small screen. The contributors to this volume consider overlooked subgenres, Western stars, celebrities and authors, recent idiosyncratic engagements with the genre, and Westerns produced outside of the USA. These essays also explore issues relating to culture, politics, transnationalism, postcolonialism, race and gender that are found within the films under discussion. Among the themes, films and television programs covered in this volume are Mexican Revolution-set Westerns; South African Westerns; hybrid Westerns; exploitation Westerns; The Assassination of Jesse James by the Coward, Robert Ford; Deadwood and Justified; Red Harvest (A Fistful of Dollars, Yojimbo and La ciudad maldita); Appaloosa; Meek’s Cutoff; Django Unchained; Tears of the Black Tiger; The Frozen Limits; and Django Kill. The contributors are Sir Christopher Frayling, Cynthia J. Miller, A. Bowdoin Van Riper, Ivo Ritzer, Lee Broughton, John White, Jenny Barrett, Jesus Angel Gonzalez, Pete Falconer, Timothy Hughes, Anne-Marie Paquet-Deyris, Thomas Klein, Geoff Mann and Mark Goodall.

Lee Broughton is a freelance writer, critic, film programmer and lecturer in film and cultural studies. His research on European Westerns has appeared in the collections Directory of World Cinema: Germany 2 (2013), Impure Cinema: Intermedial and Intercultural Approaches to Film (2014), International Westerns: Re-Locating the Frontier (2014), Spaghetti Westerns at the Crossroads (2016) and Mapping Cinematics Norths (2016). He is the author of The Euro-Western: Reframing Gender, Race and the 'Other' in Film (2016).

Retrieved from "https://www.spaghetti-western.net/index.php?title=Critical_Perspectives_on_the_Western:_From_a_Fistful_of_Dollars_to_Django_Unchained&oldid=104923"
Category:
Cookies help us deliver our services. By using our services, you agree to our use of cookies.