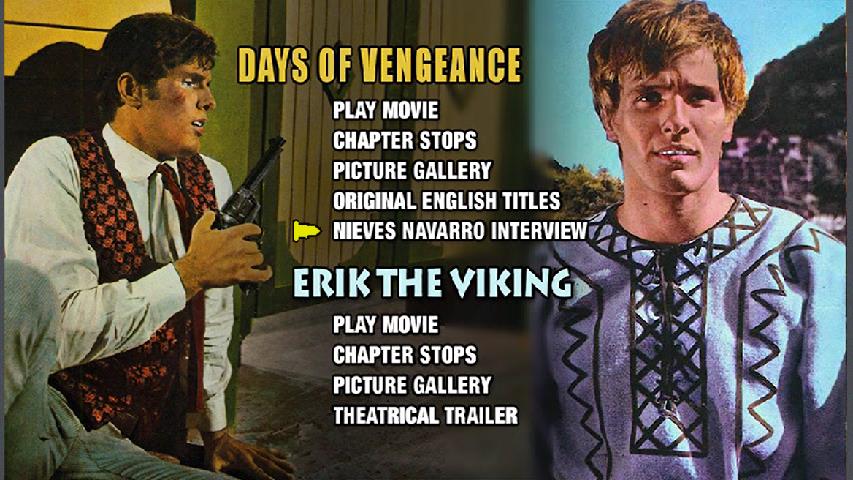 Days of Vengeance (Lunghi giorni della vendetta, I, 1967) begins with the Giuliano Gemma character Ted Barnett in prison for a crime he did not commit. The long-haired, bearded Gemma’s face is not revealed until around the twenty-five-minute mark in the film. After escaping prison Barnett decides to head back to Rio Sacramento to extract some revenge against the people who got him wrongly convicted, sentenced to thirty years hard labor and to find out who murdered his father. The local tyrant Cobb (Conrado San Martino) is the leader of a secret illegal operation that sells guns and ammo to Mexican revolutionaries. Aiding Cobb in this operation is the corrupt sheriff Douglas (Francisco Rabal) and Barnett’s unwitting ex-girlfriend Dolly (Nieves Navarro). Besides selling weapons to the Mexican’s, Cobb also runs a slavery ring. In a scene Cobb has some Mexican villagers lined up in front of a church, because of their harboring of two runaway slaves and opened fire upon. In the film A Stranger in Town, a similar scene is enacted when Mexican’s soldiers are massacred in front of a church by the machine gun wielding Agular (Frank Wolff). 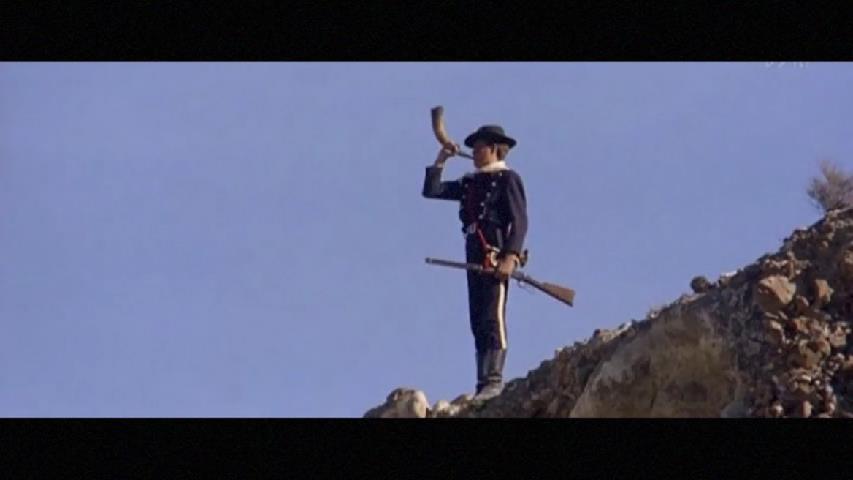 After saving a traveling conman and his daughter Dulcy (Gabriella Giorgelli) from harm in a saloon, they provide the perfect cover to get Ted into Rio Sacramento, so he can put his methodical plan of revenge in action. Dolly has since Ted’s incarceration married Douglas and he has provided a prosperous life for her. But Dolly has realized that all is not right with Douglas and Cobb and offers to assist Ted in finding out the truth. Slowly Ted interrupts the plans of the gang, first by stealing a shipment of arms to the Mexicans and then by playing Cobb and the Mexican’s against each other. With Dolly’s help Ted meets up with Douglas, who with gun drawn on Ted informs him that it was he who killed Ted’s father, so the gang could use the railroad owned by Ted's father for their smuggling operation. 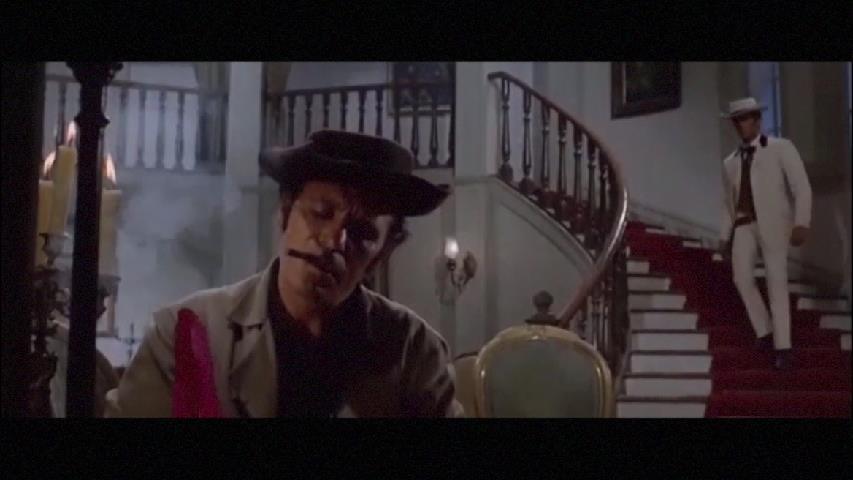 Ted though has not walked into the situation without a plan and with an attached string which rotates his holster he shoots Douglas dead. Part of Ted’s plan after stealing the arms shipment is to inform the Mexican’s where the weapons are hidden and to get Cobb and his men to the same place at the same time. Ted thinks that he has set up a fail-proof plan pitting the Mexican’s against Cobb and his men and enlists the aid of the local judge, who locks Ted up as he rides out to investigate. Cobb though has gotten the upper hand on the situations and tells the judge that he was ambushed by the Mexican’s, who were transporting the arms. The judge gets back and tells Ted, he will hang this time, and orders the gallows to be built. But, someone has decided to aid Ted, but can they save him in time? 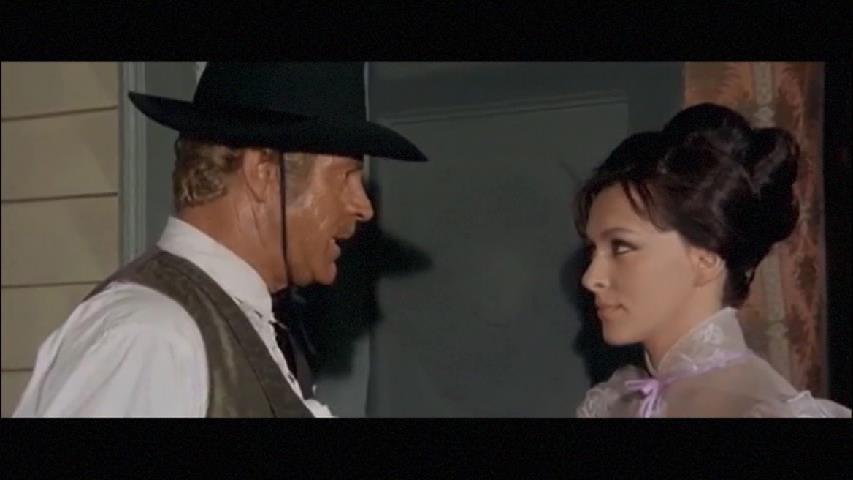 The picture quality on this release is excellent throughout, and audio which had to be secured from multiple sources changes in tone here and there, but its always clear and audible. The print released here by Wild East Productions clocks in at 122 minutes long with an English language track. To be able to put together a complete English language release of this film had to have been a herculean task, as the film at over two hours, for the most part would have been shorn down considerable in its different release markets. The thing about the film is that it never wastes any time and keeps moving and even at that time length never gets boring. And for the most part it is an engaging film spurred on by an excellent cast, led by the always affable Giuliano Gemma. It does have a few issues, including the use of multiple bad guys and the killing of the Douglas character, who is never a properly built character, too early in the film, taking a bit away from the films ending. The ending though which could have benefited from the Douglas character is still rousing and a stunning topper on this very good film. The film is directly wonderfully by Florestano Vancini and boasts a magnificent score by Armando Travajoli. This Wild East Production Gemma twofer release also includes the fantasy-adventure film Erik the Viking, a great new interview with Nieves Navarro and other extras.

Thanks as always to the spaghetti western expert Tom Betts. And a shout-out to Carl Black!

Article written by Michael Hauss, author of reviews and articles for Monster magazine, We Belong Dead, Multitude of Movies, Divine Exploitation, Exploitation Retrospect, Grindhouse Purgatory and Weng's Chop and various blogs that includes Diabolique, Multitude of Movies, Theater of Guts and the SWDb. He has a love of film with particular interest in the Spaghetti Western and Horror genres. Michael lives in the United States where he resides with his daughter and their two cats Rotten Ralph and Fatty boo-boo.
Retrieved from "https://www.spaghetti-western.net/index.php?title=Days_of_Vengeance_review&oldid=110510"
Category:
Cookies help us deliver our services. By using our services, you agree to our use of cookies.