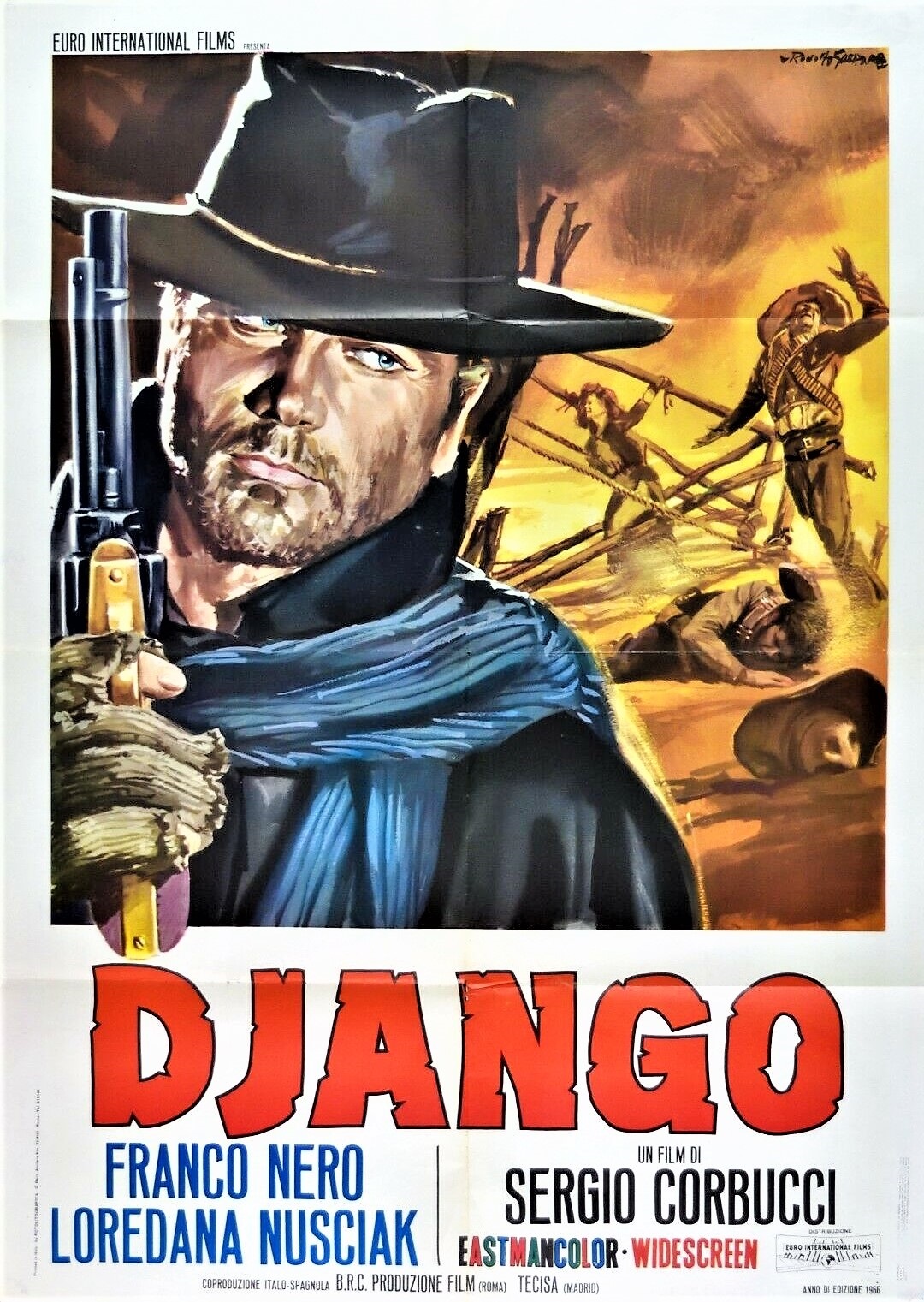 Django (Franco Nero) rides into a town controlled by two rival factions: a gang of racist clan types wearing red hoods on the one, and a gang of gold hungry Mexicans on the other. Django plays both gangs against each other in an attempt to get money and possibly revenge. The motivations for his actions are left a mystery, although several possibilities are hinted at.

This film was very successful and spawned hundreds of imitators. If you see any movie today that has "Django" in the title (click here to see a list of all Django titles) or Django as the name of a major character, then that's because of this film. The only true sequel is Django 2: il grande ritorno. This film also created the "look" of Django (army coat, hat) and came up with the gatling gun. Mark Damon was Corbucci's original choice for the title character, but Damon ended up not starring, instead, Corbucci cast a handsome, lesser-known supporting player named Franco Nero.

Retrieved from "https://www.spaghetti-western.net/index.php?title=Django&oldid=139505"
Categories:
Cookies help us deliver our services. By using our services, you agree to our use of cookies.