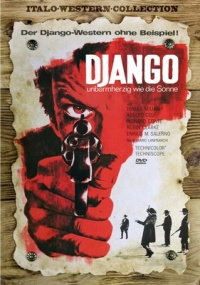 When his brother was killed, Cash (Robin Clarke) was an alcoholic. Now he drinks milk and is on the vengeance trail. This film presents the most common of all spaghetti western themes, the revenge tale, in an unusual fashion: the four villains responsible for the death of Cash's brother, each have their own episode. The first villain, Diaz (Richard Conte) has become a rancher after the crime; Cash persecutes him in a desert landscape. Mendoza (Enrico Maria Salerno) is a compulsive gambler, and Cash beats him in an all-or-nothing card game. Brother (Adolfo Celi) is a religious maniac terrorising the surroundings; Cash is shot in the leg, but uses this very bullet to eliminate the madman. The most exuberant villain of them all, is O'Hara (Tomas Milian), an epileptic albino dressed in white, who loves gold and the goldilocks of blond women. For a full review of the movie, look here.

The film is presented in the original aspect ratio of 2,35:1 and the image has been anamorphically enhanced for widescreen TVs. The image is a bit grainy, especially during the first few minutes, but this never causes any discomfort, nor do the flickering specks and small scratches that occur every now and then. Colours come through very strong and contrast as well as black levels are excellent. There are two audio tracks, German DD 2.0 Mono and Italian DD 2.0 Mono. Both tracks are loud and clear. Subtitles are also available in two languages, German and English. The German subs follow the Italian audio, the English subs follow the German audio. Some early pressings of the title allegedly jumped a chapter at the 59 minute mark (the change from the 5th to the 6th chapter). This problem was solved on later pressings, but there still are minor problems at some chapter transitions (5/6 and 6/7), the image freezing for a few seconds. It's all very minor, but also very noticeable.

The DVD has a wide range of extras, varying from trailers and a commentary track to a wonderful interview with director Lanfranchi (in English, with only a brief fragment - Lanfranchi reading parts of the original script - in Italian). The director talks to his interviewers on a family estate (he clearly is of noble decent) and turns out to be a very entertaining, but also rather self-sufficient personality. I have my doubts about the veracity of some of his statements and stories. Tomas Milian has said in several interview, in the magazine Nocturno and for TV network Arte, that Lanfranchi was a good director of operas, but knew nothing about western movies, and seemed to walk on shit when he walked down the street of a western town. But according to Lanfranchi, Milian was very happy to be able to work with him. Another story, involving a cow and composer Gianni Ferrio, is simply to nice to be true: such things happen in a Buà±uel movie, not in real life. Or maybe they do. Anyway, Lanfranchi is a very colourful guy and it's a pleasure to listen to his anecdotes about the actors and the way he developed his plans for the script and the movie. He tells us he initially wrote a script for a movie set in Sicily, and only afterwards understood that the story was more suited for a western. He also tells us how very, ve-ery cultural television was when he used to work for it, and how very, ve-ery cultural he himself used to be. Nice fellow, this Mario. The audio quality of the interview is mediocre. Lanfranchi is understandable throughout, but there are some brief audiodrops.

This is a good DVD, but it's not completely up to the (very high) standards of Koch Media. There are some (minor) problems with chapter transitions and (also very minor) audio-drops during the interview with the director. But that's all nothing to worry about, this is an excellent way to see a unique genre outing (and maybe we simply expect too much from those guys from Koch). 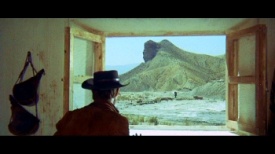 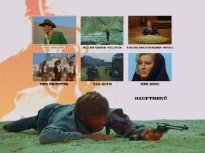 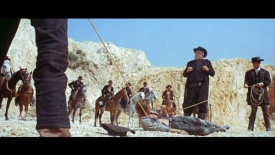 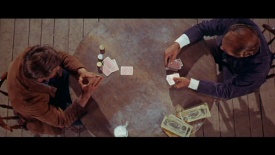 Retrieved from "https://www.spaghetti-western.net/index.php?title=Django_-_Unbarmherzig_wie_die_Sonne_DVD_Review&oldid=43919"
Categories:
Cookies help us deliver our services. By using our services, you agree to our use of cookies.