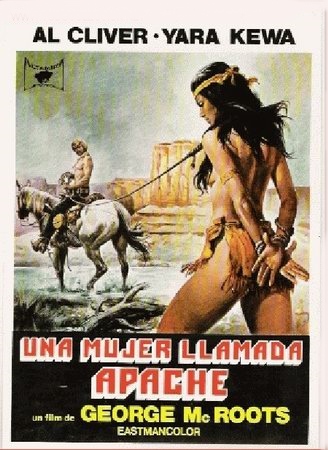 This is an Italian take on the maltreatment of the Indians by the US Army. A group of Apaches, mainly women and children, escape from the reservation, but the army is on their trail and they’re nearly all killed during a surprise attack. One woman survives the massacre and she’s found by a young soldier, who was appalled by what he saw. They must now try to make their way back to civilization. Violent and sexy, this a cheap imitation of Soldier Blue. It’s only half decent, but at least not completely hopeless. Some of the drama works, in spite of the cheapness – Scherpschutter

Retrieved from "https://www.spaghetti-western.net/index.php?title=Donna_chiamata_Apache,_Una&oldid=128503"
Categories:
Cookies help us deliver our services. By using our services, you agree to our use of cookies.