1963. A couple of producers, Arrigo Colombo and Giorgio Papi of the Roman Production Company Jolly Films decide to make a western. The Americans have transferred the genre to television, with shows like Bonanza and Rawhide, but western movies are still very popular in European cinemas. Spain has produced its Zorro movies, Germany its Karl May adaptations. A low-budget western in coproduction with Spain seems a safe investment. It would take Jolly Films one more western to change the history of film making, but without this movie, Sergio Leone probably would've never had the opportunity to make A Fistful of Dollars.

Therefore this special is dedicated to what is often called the first spaghetti western, Duello nel Texas (Gringo). 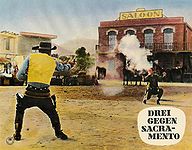 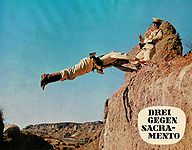 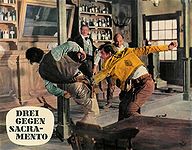