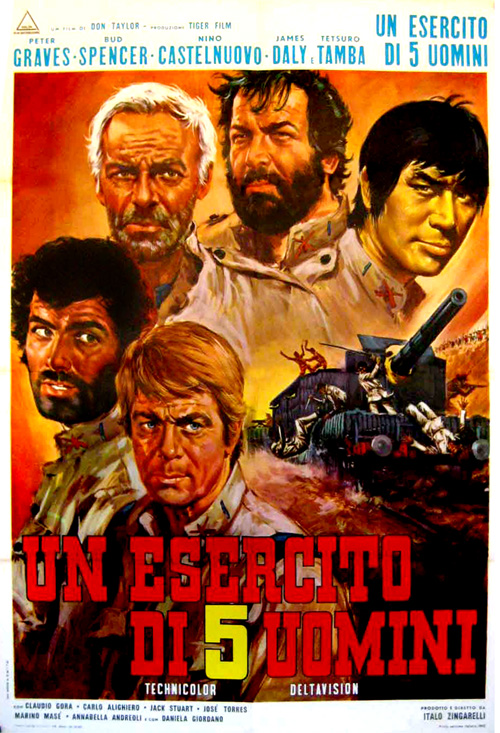 The movie is set during the Mexican Revolution in 1914. The Dutchman gathers his men for a major task: he wants to rob a military gold train. All five men have their own specialized skills and knowledge of dynamite and train robbery. Before they can start with their plan to rob the train, they rescue a leader of the rebellion from execution by the Mexican government troops. In a quiet place at the railroad track, they work out their plan to rob the gold train, which is heavily guarded by Mexican soldiers.

Bud Spencer was dubbed by a voice actor in the Italian version.

Retrieved from "https://www.spaghetti-western.net/index.php?title=Esercito_di_cinque_uomini,_Un&oldid=139642"
Categories:
Cookies help us deliver our services. By using our services, you agree to our use of cookies.