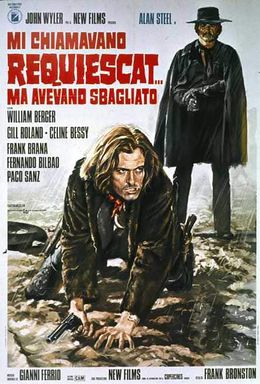 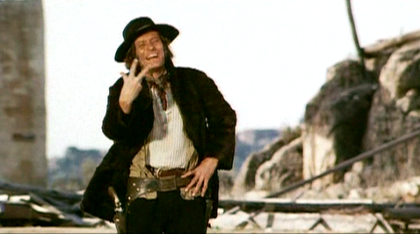 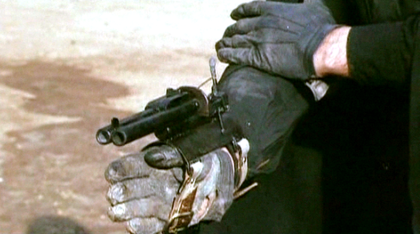 The original Mi chiamavano Requiescat ... ma avevano sbagliato. Both the database and Italian author Marco Giusti (!) have it wrong. Literally it says: They called me Requiescat ... but they made a mistake. Requiescat is taken from the Latin phrase Requiescat In Pace (R.I.P.), May He Rest In Peace (it's obvious to which mistake the title refers). In the database the movie is called Lo chiamavano ... He was called ... (the author was probably thinking of Lo chiamavano Trinità, the original title of the first Trinity movie); Giusti uses the plural form - requiesCant - of requies (to rest, repose), which makes no sense in this context

Simon Gelten is a long time contributor to the SWDb. "I'm not as old as Tom B. but I'm working on it. I hope to catch up with him by the end of the next decade.", he says. Simon saw all movies by Sergio Leone and several by Sergio Corbucci in cinema, most of the time in Eindhoven, the city where he was born. Currently, Simon is living in Turnhout, Belgium. Simon is active within the database as both Scherpschutter and his alter ego Tiratore Scelto.
Retrieved from "https://www.spaghetti-western.net/index.php?title=Fasthand_Film_Review&oldid=122613"
Category:
Cookies help us deliver our services. By using our services, you agree to our use of cookies.