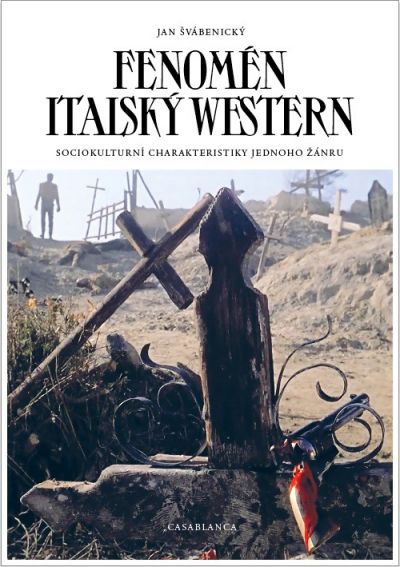 The book deals with the international phenomenon Italian western as a sociocultural experience closely connected with national cinematography in Italy. Avoids the usual and traditional interpretations of this popular genre and tries to open up new interpretive views, starting points and premises. In the introduction, the author describes his own approach to the genre, his own spectator and research experience with Italian westerns and also personal encounters with Italian filmmakers. In the context of these circumstances, he also mentions his own publishing activities in Italy, collaborating on Italian book publications and conducting interviews with directors, screenwriters, composers and other creators. An integral part of the book is a reinterpretation and revision of the history of the Italian western and a reassessment of the historical significance of film Per un pugno di dollari (A Fistful of Dollars, 1964) by Sergio Leone. Both main parts of the publication focus on the socio-cultural analysis of the genre in its broad context of meaning. Historical analysis emphasizes the fact that western existed in the Italian film industry as early as the silent film period and focuses on the historical context of the genre from its beginnings until 1964. The interpretive part of the book develops an interpretation of religious symbolism, referential intertextuality, anachronistic elements, genre structures and their combinations, and film music and its cultural significance for the Italian western. The book is complemented by a long interview between its author and Italian director Giancarlo Santi (1939-2021), who is internationally renowned for his western Il grande duello (The Grand Duel, 1972). This is the historically first and original book about the Italian western written and published in the Czech context (Czechoslovakia, Czech Republic). 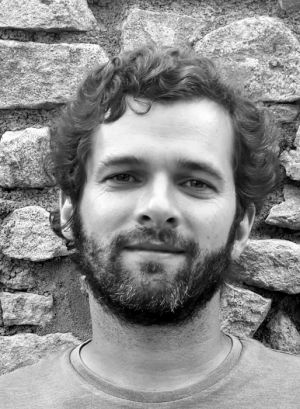 Jan Švábenický (*1981) is the Czech film historian, researcher and publicist. He focuses mainly on the history and interpretation of Italian cinema, especially its popular genres in the period of 50s - 90s of the 20th century. In 2014, he published the first autonomous book in Italy, Aldo Lado & Ernesto Gastaldi. Due cineasti, due interviste. Esperienze di cinema italiano raccontate da due protagonisti (Aldo Lado & Ernesto Gastaldi. Two filmmakers, two interviews. Experiences of Italian cinema told by two protagonists). In addition to several other Italian book publications, he has also collaborated on two volumes from an extensive Italian four-volume book publication about the Italian western by historian and pubblicist Matteo Mancini. These books are Spaghetti western. Volume 3. Il mezzogiorno di fuoco del genere, anni ‘68-‘71 (Spaghetti western. Volume 3. High noon of the genre, years ‘68 -’71, 2016) and Spaghetti western. Volume 4. Il crepuscolo e la notte del genere, anni ‘72 a oggi (Spaghetti western. Volume 4. Twilight and night of the genre, from the ‘72s to the present, 2019).

Retrieved from "https://www.spaghetti-western.net/index.php?title=Fenomén_Italský_Western_-_Sociokulturní_charakteristiky_jednoho_žánru&oldid=137105"
Categories:
Cookies help us deliver our services. By using our services, you agree to our use of cookies.