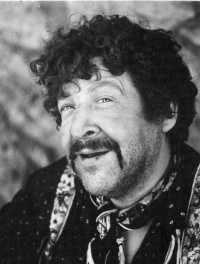 Although he was never top-billed, Fernando Sancho (Zaragoza, January 7, 1916 - Madrid, July , 31, 1990) is without a doubt the Spanish actor most identified with the spaghetti western. Within a span of about ten years, he appeared in more than fifty of them. He was so active during the glory years of the genre, that some have said they could hardly imagine he had a life outside his movies.

He started his acting career with a small part in Orosia (1944) and a short-lived career as a voice actor. In the fifties he made - like many European actors - some small appearances in large scale Hollywood productions shot in Europe, such as 55 days in Peking, King of Kings and Lawrence of Arabia, in which he can be spotted as a Turkish sergeant who arrests Lawrence in Deraa. He also turned up in a few Karl May adaptations, such as Der Sklavenkarawane (1958) and Der löwe von Babylon (1959). Before the Italian industry discovered him as an ideal actor to impersonate a Mexican heavy, he appeared in several Spanish westerns, usually directed by J.L.R. Marchent , like La Venganza del Zorro (1962) and El Sabor de la venganza (1963). He became a familiar face among Italian producers and moviegoers courtesy of the Ringo films. As a result, he was portrayed more prominently than lead actor Anthony Steffen on most posters of Seven dollars on the Red (1966).

With his stout stature and flamboyant acting style he almost signed the blueprint of the Mexican heavy Italian style: obese, noisy and ever-smiling (often for no apparent reason). His lifestyle was said to be pretty flamboyant too, but he was a first rate professional and became quickly known as a man easy to work with, so he got the chance to work with most iconic genre directors. He worked for Corbucci in Minnesota Clay, for Sollima in The Big Gundown, for Michele Lupo in Arizona Colt and for Tonino Valerii in Taste of killing. Occasionally he was cast as a comical side-kick of the hero, like in Django shoots first. In Wanted Johnny Texas he can even be spotted with red hair! Although he appears relatively late in the movie, some think his part as Claudio Camaso's father in 10.000 Dollars for a massacre was his best performance.

In the seventies, when European western production was in decline, he turned more and more to Spanish horror productions. One of his better known horror parts was the role of a small town mayor in Armado de Ossorio's El Ataque de los muertos sin ojos (1973). He made his last appearance in a horror movie in 1989, one year before his death, in La Luna Negra, at the side of Mario Adorf. He was already ill during the production and was thought to have suffered a heart attack shortly after completing it, but in hospital a malignant tumor was found. He died as a result of the operation.

Fernando Sancho loved his work and became close friends with several colleagues. Giuliano Gemma's daughter has declared several times how much she loved 'that funny Spanish uncle of hers, who always brought her sweets'. However, he didn't like publicity and has always been very reticent about his private life. He had fought on the nationalist side during the panish civel war and it has been suggested that he used his influence to frustrate the career of some left-wing colleagues. Because he spoke some Greek (and therefore was cast in Greek productions on a few occasions) it's thought by some that his mother was Greek. 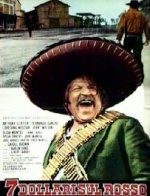 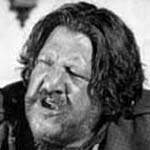 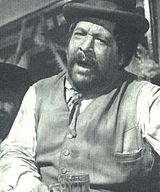 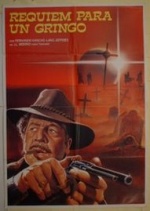