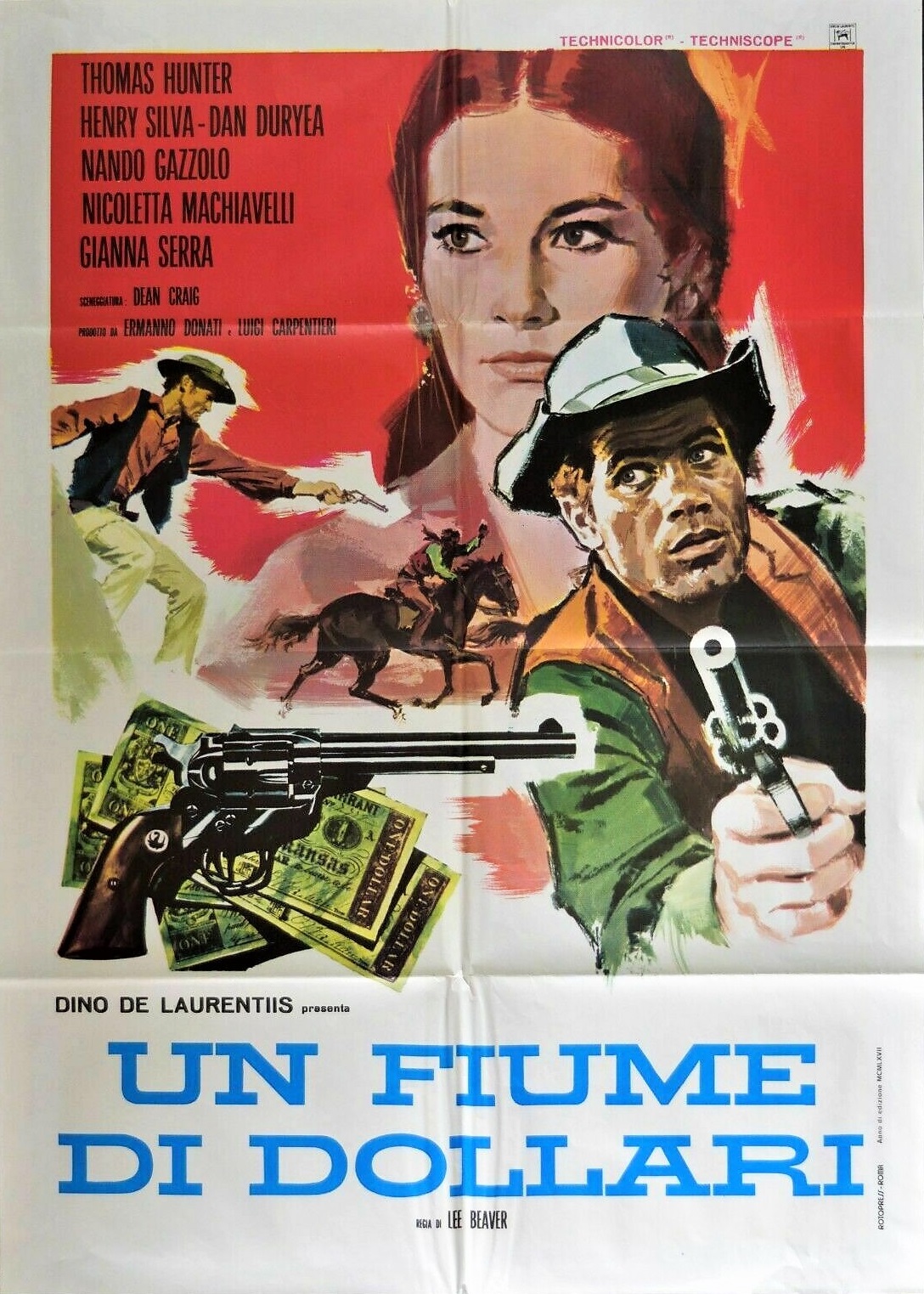 Two confederate soldiers survive the War and swipe an army payroll. To escape, one of them plays decoy while the other flees with the loot. The decoy is captured and sentenced to five years in prison. After he has served his sentence, he is dismayed and enraged when he discovers that his "pal" has broken his word and is responsible for his wife's death. He seeks his ex-friend for revenge, but this one has become wealthy and powerful, and his killers are already waiting for the avenger.

Retrieved from "https://www.spaghetti-western.net/index.php?title=Fiume_di_dollari,_Un&oldid=140028"
Categories:
Cookies help us deliver our services. By using our services, you agree to our use of cookies.