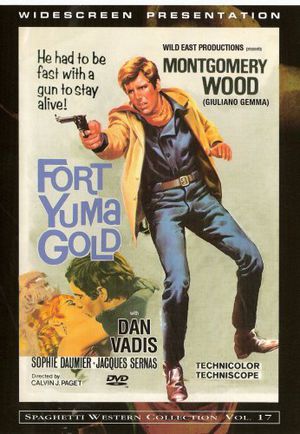 Fort Yuma Gold is the second entry in a loose trilogy directed by Giorgio Ferroni and starring Giuliano Gemma (the other two being One Silver Dollar and Wanted). The film has a rather elaborated script - loosely based on the novel Michel Strogoff by Jules Verne – and is quite unique in its unbiased depiction of Union and Confederate soldiers (Italian western directors usually sympathized more with the South).

As usual, Gemma’s character is less cynical than the average spaghetti western anti-hero: he is not after personal gain but devotes himself to the general interest. His character is a Southern POW who must try to prevent a massacre in the first days after the Civil War when some diehard Southerners refuse to give up the fight and threaten to attack an impregnable fort. Of course he succeeds and he also gets the girl in the end. The film is also known for an elaborated torture scene in which Gemma is nearly blinded.

For a full review of the movie see: Fort Yuma Gold Review

The film is presented in its original aspect ratio of 2,35:1 and it has been anamorphically enhanced for widescreen TV’s. Colors come through very strong, but despite a fairly high bitrate (6.8 Mb/s average) the image is a little soft and it also lacks contrast during the darker scenes. As more often is the case, there’s some noticeable print damage where originally the reels had to be changed. There’s also some minor ghosting, but there’s no reason to call for the ghostbusters. Overall this is a satisfying transfer for a movie of this age.

The English DD 2.0 is strong, but there is some indistinct background noise – as if your ears are tingling – that may become quite irritating after a while. However, dialogue is comprehensible throughout.

In short: this is a good release.

The extras : Apart from the usual Wild East photo gallery, there are no less than 12 Gemma trailers, of westerns and non-westerns alike. 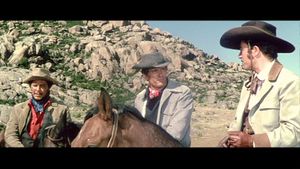 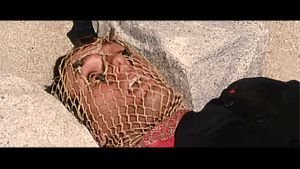 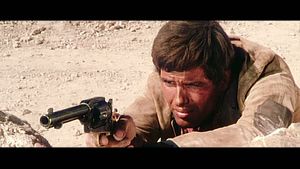 Retrieved from "https://www.spaghetti-western.net/index.php?title=Fort_Yuma_Gold_DVD_Review_(Wild_East)&oldid=102747"
Categories:
Cookies help us deliver our services. By using our services, you agree to our use of cookies.