George Hilton - The World Belongs to the Daring

GEORGE HILTON – THE WORLD BELONGS TO THE DARING 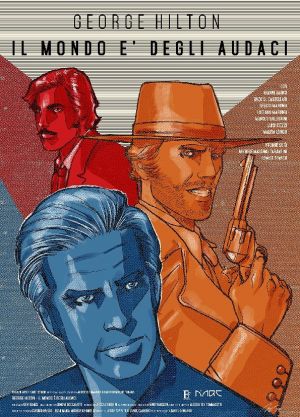 While this may be a documentary about the great actor George Hilton... It's much, much more than that. It, while telling the story of the life and film career of the legendary Hilton, also tells the story of Italian popular cinema from the 1960s until the 1980s. Of course, we here at the Spaghetti Western Database are mainly interested in the Italian westerns that George participated in and some are gone over in great detail. George Hilton lived a charmed life, coming from a good family and being blessed with looks and natural grace. With a love of cinema instilled in him since his youth, Hilton set out and created a career for himself in film, first off in Argentina and when a dangerous romance sent him spiraling, he bought a one-way ticket to Milan, Italy. There he quickly found love again which turned into another smothering romance before eventually moving to Rome where he truly found love with his first wife Maria Teresa Tarantini and fame. Hilton looked for work as an actor in Italy and was lucky enough to be given the lead role in the 1964 film Masked Man Against the Pirates, based solely on his good looks. But it wasn't until the 1966 Italian western Brute and the Beast (Tempo di massacro), which co-starred Franco Nero, that Hilton became a star of Italian cinema. While the documentary does not go into detail on each and every film George made in the Italian western genre, it does provide plenty of scenes from his films and some wonderful remembrances from George on various films, including, The Ruthless Four (Ognuno per se, 1968), where all the cast and crew were afraid of Klaus Kinski and on the wonderful actor Van Heflin who while a professional on the set, was battling alcoholism. Hilton speaks of his special friendship with Julio Buchs who directed him in the great A Bullet For Sandoval (Quei disperati che puzzano di sudore e di morte, 1969). The interview segments of the two Sartana's Gianni Garko and Hilton together are quite priceless and very insightful into the life and death of the Italian western genre. Hilton though had a much more diverse career than just starring in Italian westerns, appearing in numerous other genres, where he got to play more diverse characters than in his westerns. 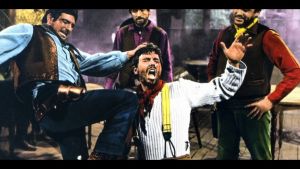 When George Hilton speaks of cinema his eyes light up and he still commands the screen as he recounts his life. And what a memory the man has recollecting about the times growing up in Montevideo, Uruguay and his father's displeasure with the career he chose as an actor, his successes, his divorce, the devastating effects the death of his daughter had on him and finding love once again with Gabriela Reston. But to say this is just a documentary of George Hilton would be foolish. It's a documentary on a popular actor whose career spanned the years of the rise and fall of Italian popular cinema. And as the documentary proceeds, it tells the story of both actor and industry. Includes interviews with George's family, Sergio Martino, Luigi Cossi, Malisa Longo, Edwige Fenech and many others. 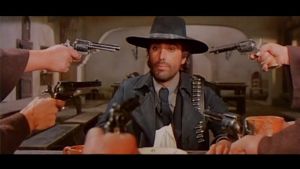 I must admit that I am not a fan of documentaries. I watch some here and there if they relate to the cinema but are not my first choice of viewing options. When I received this screener from my dear friend Daniel Camargo and noted the one hour and forty-five-minute run time... I was very apprehensive about wading in. But, from the moment I hit play I was totally engulfed and enthralled with the documentary as it unfolded. It has that certain quality that only great filmmaking has when it lifts you up to that point of elation... That feeling that swells up inside oneself when great cinema enraptures. I was mesmerized at the subject matter at hand, but also the brilliant construction of the piece by Daniel Camargo. And again, how you can tell it's great cinema is when you sit afterward and the emotions of the piece wash over you and it won't leave your mind. I messaged Daniel Camargo after I watched this documentary and complemented him on the sheer brilliance of this documentary, but also about its historical importance and the emotional impact the film will have on the viewers. This documentary my friends is one of the most impactful viewing experiences I have had in a long time and I can’t recommend it Highly enough. And as I write this I can only think that no matter what I write...It will not really give justice to the greatness of this documentary. One must when the chance arises see this beautiful and moving masterpiece. Viva George Hilton! Viva Daniel Camargo! 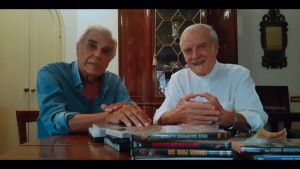 Daniel Camargo is shopping the documentary around to various festivals and looking for a way to get it out to the general public. Available with either English, Portuguese, Spanish or Italian subs!

Article written by Michael Hauss, author of articles and reviews for Grindhouse Purgatory, Monster! Magazine, We Belong Dead, Multitude of Movies, Divine Exploitation and blogs that includes Multitude of Movies, Diabolique, Theater of Guts and the SWDb. Wrote a twelve page booklet for the recent Dorado Films release of The Seven From Texas. He has a love of film with particular interest in the Spaghetti Western and Horror genres. Michael lives in the United States where he resides with his daughter and their two cats Rotten Ralph and Fatty boo-boo.
Retrieved from "https://www.spaghetti-western.net/index.php?title=George_Hilton_-_The_World_Belongs_to_the_Daring&oldid=120725"
Categories:
Cookies help us deliver our services. By using our services, you agree to our use of cookies.