Gunmen Of The Rio Grande Review

An early Italian western. According to the director, Tulio Demicheli, the movie belongs to the pre-Leone era, even though it was released two months after A Fistful of Dollars. When Demichelli got the offer to direct a western, Leone's groundbreaking movie had not yet been released and because he didn't know anything about the genre, Demicheli went to see all westerns - most of them American - that were shown in Roman cinemas at the time (*1).

One of the movies he saw, must have been Rio Bravo, an immensely popular movie in Italy. Not only the title is a reference to Howard Hawks' classic (*2), but Serato's character of the permanently inebriated sheriff is clearly modeled after Dean Martin's alcoholic deputy. Angie Dickenson's Feathers is represented by two damsels in distress, both of good virtue by the way. The story is one of the town taming kind: Guy Madison is Wyatt Earp (the character - or at least his name - was more often used in early eurowesterns) and he's asked by an old flame, saloon owner Jennie Lee (Madeleine Lebeau), to restore law and order in the small mining community of Rio Bravo. Jennie Lee faces a takeover by local tyrant called Zack Williams while her friend, mine-owner Clementine (My Darling Clementine was probably on the program as well), is terrorized by Mexican bandits who he repeatedly rob her silver shipments.

Sfida a Rio Bravo is a charming little movie, elegantly put together, with a sense of style and atmosphere, but it's also terribly clichéd. Of course the famous gunslinger Wyatt Earp travels incognito and of course he soon becomes romantically involved with the fiery Clementine (yes, the town tamer has a shrew to tame as well). But Madison looks relaxed and seems to enjoy himself; the former golden boy had priced himself out of the market back home with his drinking problems, but in Europe he was treated with respect: in the years to come he would appear in numerous spaghetti westerns and macaroni combat movies. Note that even in these early stages, the movie's villainy betrays the Italian touch: Sancho is a bandit, but he's still worthy of some respect, because he doesn't hide his intentions and holds up a certain code of honor; the real crook, is the two-faced businessman and dignitary Tichy, who hides his malicious intensions behind a respectable façade. 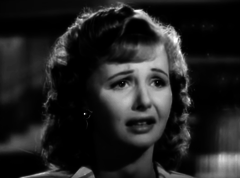 Simon Gelten is a long time contributor to the SWDb. "I'm not as old as Tom B. but I'm working on it. I hope to catch up with him by the end of the next decade.", he says. Simon saw all movies by Sergio Leone and several by Sergio Corbucci in cinema, most of the time in Eindhoven, the city where he was born. Currently, Simon is living in Turnhout, Belgium. Simon is active within the database as both Scherpschutter and his alter ego Tiratore Scelto.
Retrieved from "https://www.spaghetti-western.net/index.php?title=Gunmen_Of_The_Rio_Grande_Review&oldid=111691"
Category:
Cookies help us deliver our services. By using our services, you agree to our use of cookies.