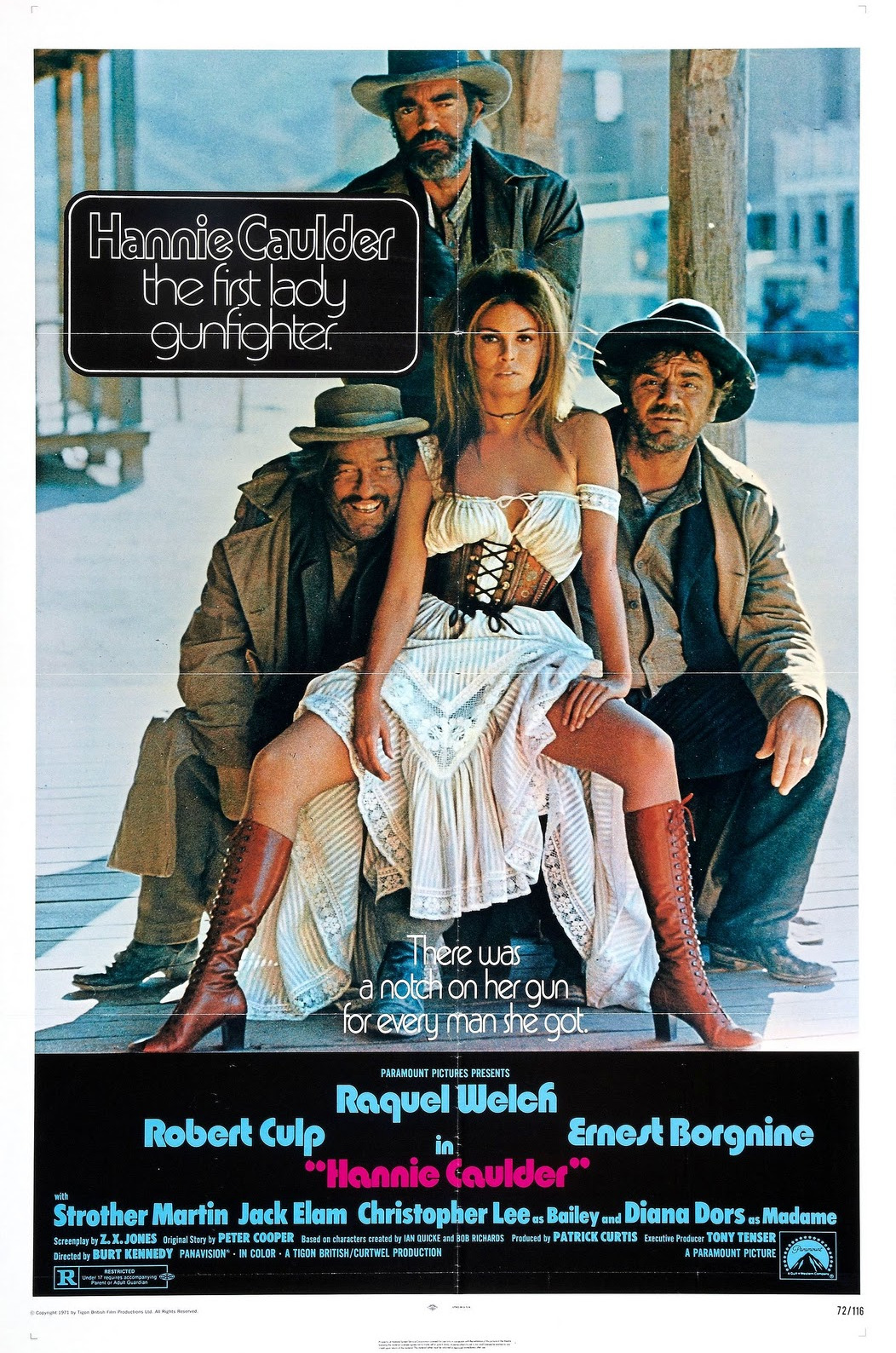 The simple plot of this film revolves around Welch, Hannie Caulder, a frontier wife whose husband is murdered by the Clemens Brothers, a trio of rather inept outlaw brothers, played by Borgnine, Martin and Elam. The Clemens Brothers rape her, burn down her house and leave her for dead. While the Clemens Brothers go on a low-brow crime spree, Welch's character recruits a professional bounty hunter named Thomas Price, played by Culp, to help her seek revenge by training her to use a gun.

Christopher Lee portrays the gunsmith who builds Welch a specialized revolver for her journey ahead. Diana Dors takes on the role of a prostitute in this feature, while Boyd has a brief appearance as a gunfighter known simply as "The Preacher". Aldo Sambrell, the famous Spanish actor, has a cameo as a Mexican soldier.

Retrieved from "https://www.spaghetti-western.net/index.php?title=Hannie_Caulder&oldid=139635"
Categories:
Cookies help us deliver our services. By using our services, you agree to our use of cookies.