Hate Is My God review

Bizarre, delirious and totally insane this film is labelled. And a strange spaghetti western it is. But make no mistake about it; it is not some disjointed film with lots of plot holes and story inconsistencies. It is well-written, stylishly directed and carefully edited. The action scenes are ample and well handled, even the body count adds up neatly. 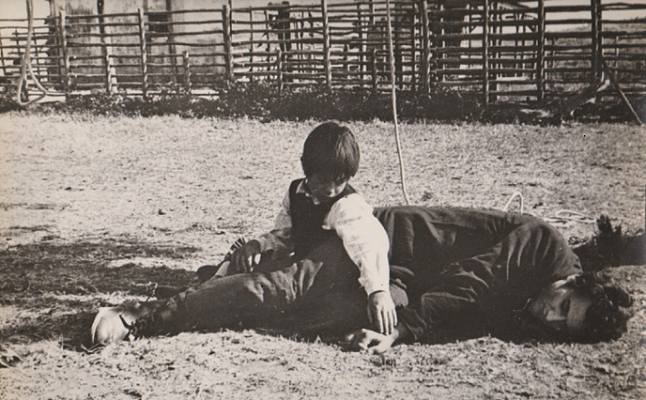 We are in a small Colorado town, Big Springs, 1873. A hanging is about to take place. Inside a prison cell an allegedly insane man is put into a strait jacket and dealt a double blow to the temples that leaves him still unconscious when hanged later in the day. 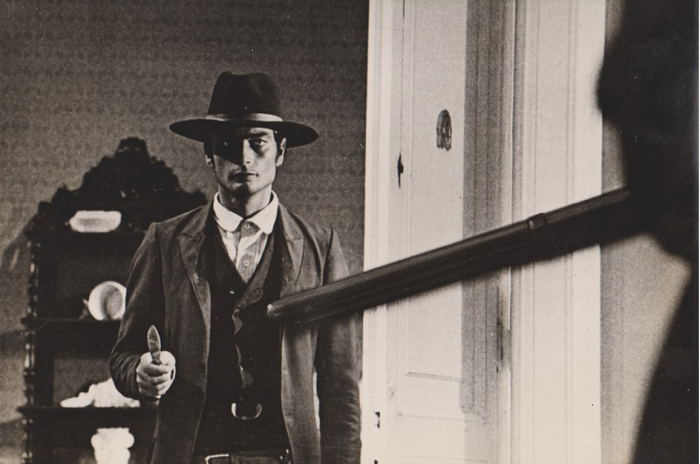 From the moment they arrive neither Vincent nor Il Nero speak a word. Do they know each other? Their first meeting in the hotel’s saloon seems accidental. The second time at the farm seems not: Il Nero saves Vincent from being shot by Jeff, Kearny’s former farm hand now Field’s foreman, killing him in quite a savage fashion. Il Nero is Vincent’s guardian angel then? Or, does Il Nero have reasons of his own to be in Big Springs?

Vincent kills the Judge and Field. Carter realises he is next in line. He sends for an old associate, Sweetly, a killer, to take care of Vincent and Il Nero both. Sweetly has no idea Il Nero is one of the men he is paid to kill, until he meets him face to face on Big Springs’ deserted main street, then recognizes him instantly. They have met before in a violent past under other names, and they have scores to settle with one another. 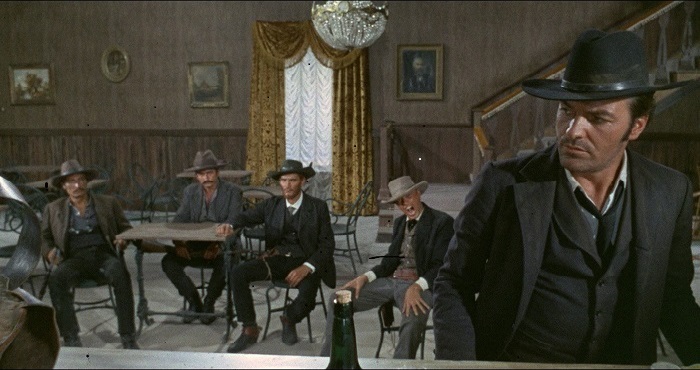 The film’s music is written by a young Pippo Franco, later to become an established Italian comedian. It is far from your usual spaghetti western score; some of it more like circus music, some as if made for a silent movie. Franco also appears in the film as a half-wit guitar playing minstrel[2]. The song L'americana, a sarcastic comment on the ongoings, is also left out in the German version.

You might think that Carlo is not well cast as the young revenger, and perhaps you would have preferred his younger brother Andrea for the part. Or you might feel the score does not serve the film well, even creates distance to it. Or the strangeness of it all might put you off. Nonetheless, I think the film turned out more or less exactly the film Giordana wanted to make, and at that nothing less than an outstanding contribution to the filone.

[1] Giusti, who didn’t like the film, relies for his comments, among others, on Vincenzo Cerami, one of the co-writers. Cerami, who didn’t like Gora interfering with the writing, recounts that Gora, in his head, wanted Franko to be just like Bob Dylan in Pat Garrett & Billy the Kid. Odd, considering that Pat Garrett was released several years after Hate Is My God.

Retrieved from "https://www.spaghetti-western.net/index.php?title=Hate_Is_My_God_review&oldid=115083"
Category:
Cookies help us deliver our services. By using our services, you agree to our use of cookies.