I am Sartana, your Angel of Death DVD Review 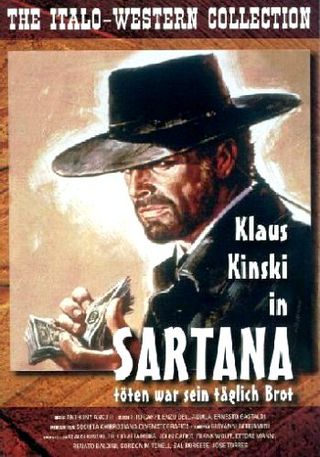 The North western bank has hired an army of gunmen and bounty hunters to protect their (and their customers’) interests, but the bank is robbed by a man wearing the trademark cloak of Sartana. The hoax is so effective that Sartana gets a price on his head. With the help of a shabby friend, Buddy Ben, Sartana sets out to prove his innocence. A witness is killed before Sartana’s very eyes, but not after he has told out hero that the truth can be found in the gambling paradise of Poker Falls ...

This is the second movie in the Sartana series, Garko playing Sartana, but Carnimeo taking over from Parolini in the directional chair. For a full review of the movie, see HERE

The German title Sartana, töten war sein täglich Brot, means Sartana, killing was his daily bread; the original title reads as: I am Sartana, your gravedigger. Those Sartana movies were known for there long and bizarre titles, and wherever they were shown, translators had their hands full to come up with a nonsensical but euphonious title. The Germans were hard to beat in this aspect ...

The film is presented in its correct widescreen ratio, 2,35:1 (it’s 2,33:1 to be precise), but it’s letterboxed, which means the image has not been anamorphically enhanced for widescreen TVs. Image quality is okay, but not great; there’s some minor print damage, the image is quite grainy in spots, but colours are vivid and contrast rates are more than acceptable, even in the darker scenes. Audio comes in two languages, German and Italian, both DD 5.1. Both soundtracks are strong but not free from interferences, especially the German one. It’s not easy to choose between the two tracks: on the German track dialogue is loud and clear, but the music often sounds rather shrill. The Italian audio seems alright at first, but it has some relapses, in which dialogue becomes rather hard to follow; it also seems a bit more clinical and less clear overall. The score, on the other hand, sounds much better than on the German track.

# Screenshots from the DVD 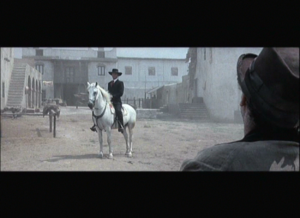 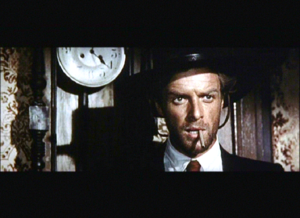 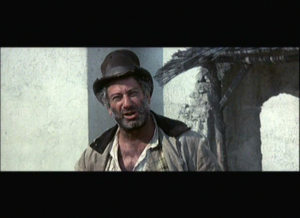 Retrieved from "https://www.spaghetti-western.net/index.php?title=I_am_Sartana,_your_Angel_of_Death_DVD_Review&oldid=97914"
Categories:
Cookies help us deliver our services. By using our services, you agree to our use of cookies.