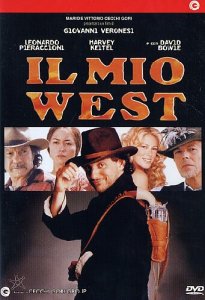 The idealistic lifestyle of an old West farmer (Leonardo Pieracconi), his Indian wife (Sandrine Holt), and half-breed son (Yudii Mercredi), who narrates the tale is disrupted when his Grandfather (Harvey Keitel), an old gunslinger shows up on the farm. Although looking to retire, the family is not happy with his return given his past lifestyle and mistreatment of his family. Things get worse when another gunfighter (David Bowie) shows up and terrorizes the town trying to force the father into a gunfight. - (Summary written by John Sacksteder)