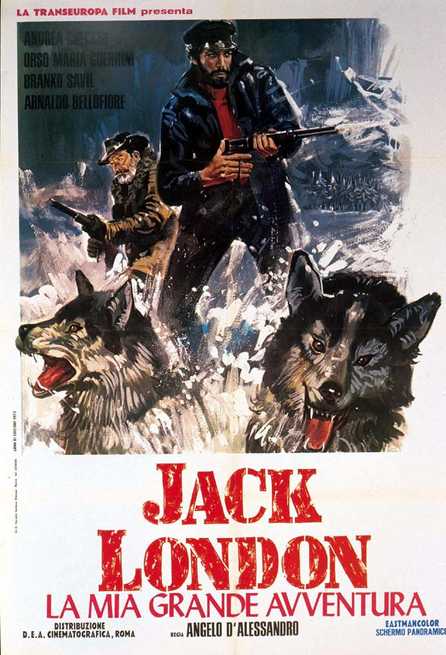 In 1897, Jack London joins the Klondike gold rush and takes part in an expedition funded by several capitalist backers. Jacob, however has a weak heart and must leave his companions when he realizes the difficulty during the marches in the mountains near the Canadian border to the Klondyke is too strenuous for him. Jack, stays with Fred Thompson, Jim Goodman and Merritt Sloper, along with the extravagant cook and cobbler old Matt Gustavson. Some men, who already owned Buck, a wolfdog is adopted by the group. As the months pass and the coming of the approaching winter, the expedition must stop in a small village where Buck has a way of making raids and causes great damage. Matt, feeling responsible for the misconduct of the quirky friend, tries to reach the Klondike alone, walking in the middle of winter to the city of Dawson and dies. The old man and the dog even after many years after still talked about by local residents and have become legends.

This 1973 production was an 8-part TV-series made for RAI Italian television in co-production with Yugoslavia. It was released in 1974 as a feature length film assembled from various episodes.

Retrieved from "https://www.spaghetti-western.net/index.php?title=Jack_London_-_La_mia_grande_avventura&oldid=134820"
Categories:
Cookies help us deliver our services. By using our services, you agree to our use of cookies.