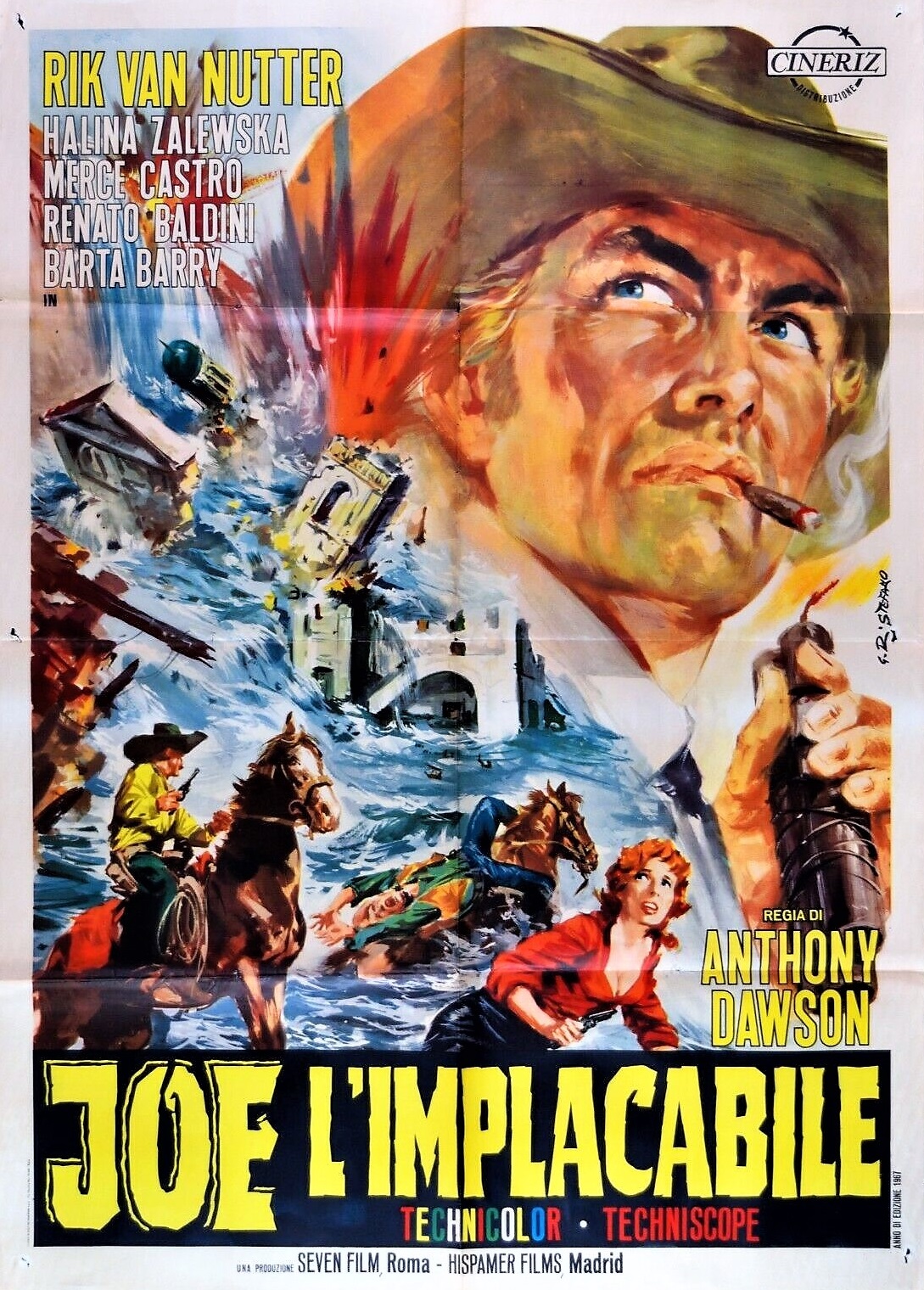 In order to put an end to the numerous ambushes on the gold transports which are a real menace to the finances of the American government, the agent Joe Ford, called Dynamite Joe due to his liking for explosives, is entrusted with controlling the next transfer. Joe has a carriage built entirely of gold, but evil forces are told of the plan and an alliance is made with the bandit El Sol in order to get hold of the gold.

Antonio Margheriti's uneven genre debut is a less gloomy affair than his later better known revenge westerns. With its elegantly dressed hero, who always has a last trick in store and solves everything by dynamiting away all his foes and problems, Joe l'implacabile is clearly an easygoing forerunner for the Sartana/Sabata type of SW heroes, which became popular not before mid 68.

Retrieved from "https://www.spaghetti-western.net/index.php?title=Joe_l%27implacabile&oldid=138906"
Categories:
Cookies help us deliver our services. By using our services, you agree to our use of cookies.