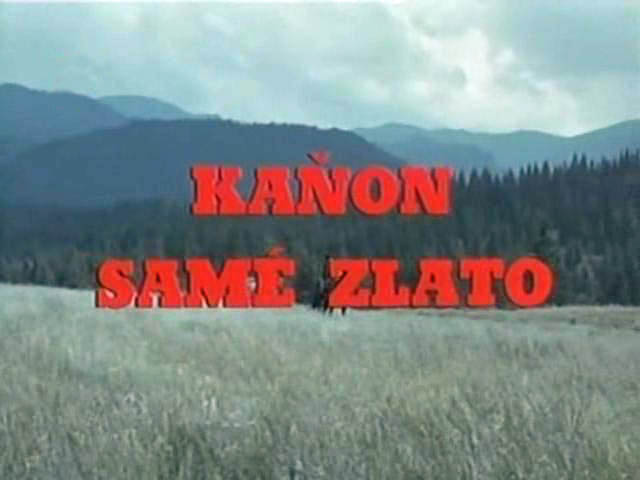 The prospector Tom has reached his goal - he has discovered a rich lode of gold in a narrow canyon. He works feverishly every day and his bag gets heavier and heavier. The day before his departure, he discovers another big gold nugget in a deep pit. When he tries to get it out of the pit, he's shot and wounded by his former friend Jack. A fight for life and death breaks out between the two men. Jack is defeated and Tom ties him to the roots of a tree. He then climbs into the pit again to get hold of the nugget. But, exhausted by the hard work and his wound caused by Jack's shot, he does not have the strength to crawl out again. Both men, made enemies by the gold, face a cruel death. Tom throws up a knife for Jack to cut the ropes and help him out of the pit, but the knife lands out of Jack's reach. Is there a way out of the situation?

In 1970-1971, screenwriter Jiří Křižan and director Zdenek Sirový realized three short films based on the stories of Jack London. These genre miniatures were presented independently and as parts of the episodic film Kanon samé zlato (1972). The other two shorts are Claim na Hluchém potoku and Poslední výstřel davida sandela.

Retrieved from "https://www.spaghetti-western.net/index.php?title=Kaňon_samé_zlato&oldid=134898"
Categories:
Cookies help us deliver our services. By using our services, you agree to our use of cookies.