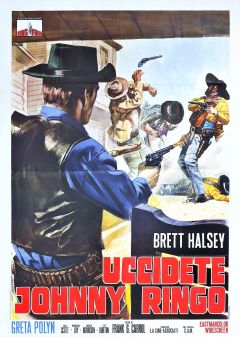 Here's one that's a rather average affair, with a plot that falls somewhat out of the conventions of the genre (revenge, hidden gold, etc.), Gianfranco Baldinello's 1966 effort, Kill Johnny Ringo. Brett Halsey (who did a decent job as the main character in Today It's Me, Tomorrow, It's You!) stars as a Texas Ranger named Johnny Ringo, who is sent to the town of Eagle Pass to investigate a counterfeiting ring. Within moments of being in town, he's passed some counterfeit ten dollar bills in a poker game, and a fight ensues, putting him in a negative spotlight in the town's eye. The town (and counterfieting ring) is run by a man named Jackson, whose girlfriend Annie(Greta Polyn) is having an affair with Ray, one of the counterfeiters, which eventually is discovered, creating more problems. 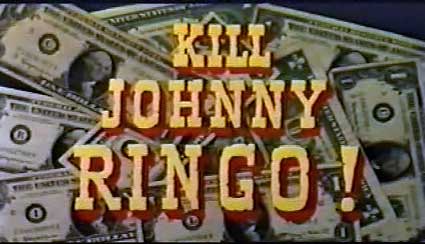 As Ray gets framed for murder, he escapes, and Johnny Ringo hunts him down, hoping to find out more about the counterfeiters. There's a big showdown with Jackson's gang, who are defeated, as well as a bit of a surprise ending. 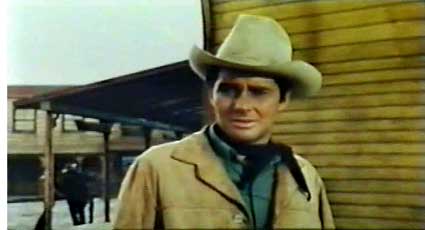 All in all, not much to say about this one. It had a decent enough story, and the English overdub acting was surprisingly above average. The film has somewhat of an American feel to it. Even though the story itself was interesting, the film itself lacks a steady pacing. Not all and out boring by any means, but I did find my attention wandering several times over the course of the film. The only great thing about it was the mostly orchestral score by Pippo Caruso. It had some rather interesting orchestrations, with several moments with some excitting pizzicato double bass lines. I'm a bassist myself, so these things tend to stand out more than not. But other than that, a somewhat fair outing. I saw an old VHS rip of this, I don't even know if it's available on DVD.

Retrieved from "https://www.spaghetti-western.net/index.php?title=Kill_Johnny_Ringo_Review_(by_J.D.)&oldid=132607"
Category:
Cookies help us deliver our services. By using our services, you agree to our use of cookies.