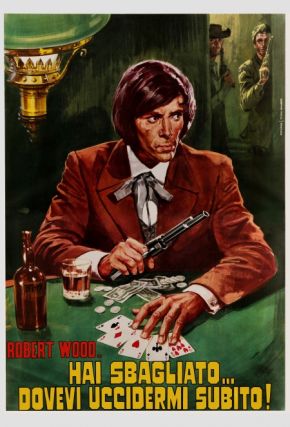 A spaghetti-paella western that plays more like a mystery thriller. Several Italian westerns had Giallo influences, but this one presents it thriller elements in the style of the British whodunnit à la Agatha Christie or Sir Arthur Conan Doyle. Robert Woods actually plays a character of British descent, an insurance investigator called Jonathan Pinkerton, working for Lloyds of London, investigating a bank robbery that ended in bloodshed. Two bandits made several victims during the robbery, but they were eliminated themselves by a third person, the man on the background who masterminded the crime and ran off with the money.

At one point it is suggested that Woods' character is not a detective but a federal agent. An undercover agent going undercover as a British detective? The plot is a bit haphazard, but offers enoughs red herrings to keep you guessing who will eventually be revealed as the culprit. The killings are performed with the help of venomous snakes , an idea that was probably taken from Conan Doyle's story The Speckled Band (*1). Does that make the local doctor, who adds snake poison to his medical concoctions, the prime suspect? Other suspects are the saloon owner (Carlo Gaddi), a wealthy rancher (Ivano Staccioli) or even the sheriff (Frank Brana). And then there's this alluring saloon lady (Nieves Navarro), twisting all these guys around her pretty little finger ...

Only the pre-credit sequence has some real spaghetti western action, the rest of the movie plays more like an episode of a TV-series like The Saint, a well-dressed Robert Woods taking over from Roger Moore. Director Bianchi throws in a trio of fistfights (one of them in slapstick style) but they are executed in purely routine fashion and feel obligatory. Obviously the movie was made on a tiny budget: there's a subplot about cattle rustling, but we don't see a single head of cattle! This is a small genre oddity, unspectacular but moderately entertaining, blessed with a near-perfect cast (can we ask for more in a low-budget genre movie?). And some of those fake snake may cause some unintentional hilarity. 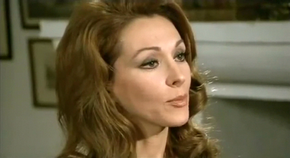 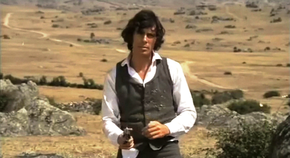 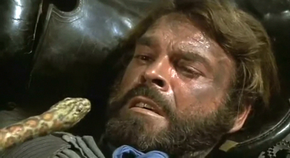 The Spanish title is of course a reference to the snakes; according to Giusti, the Italian working title was Quando la morte arriva strisciando, equally referring to the snakes (striaciare = to crawl). An alternative English title - used for a VHS release - was Creeping Death.

Review on Fistful of Spaghetti :

Simon Gelten is a long time contributor to the SWDb. "I'm not as old as Tom B. but I'm working on it. I hope to catch up with him by the end of the next decade.", he says. Simon saw all movies by Sergio Leone and several by Sergio Corbucci in cinema, most of the time in Eindhoven, the city where he was born. Currently, Simon is living in Turnhout, Belgium. Simon is active within the database as both Scherpschutter and his alter ego Tiratore Scelto.
Retrieved from "https://www.spaghetti-western.net/index.php?title=Kill_the_Poker_Player_Review&oldid=130768"
Categories: