After Una bala marcada, Barcelona director Juan Bosh made the more lighthearted La caza del oro with Anthony Steffen as his lead man. Saint or no saint, in this one Steffen is as stone faced as ever, the cigarillo glued to the corner of his mouth (not the only nod to Fistful of Dollars) and dressed more or less like in Django the Bastard. It was Steffen’s last spaghetti western of any note, although he made two more comedy spags. The Spanish title means the gold hunt, and a gold hunt is what we are in for. 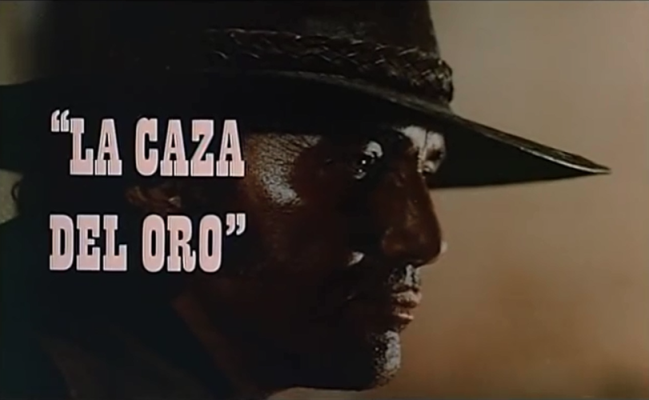 Dan Carver (Manuel Guitián) is getting out of County prison after twenty years, dreaming of buying a ranch in Sonora. Carver used to work with a mining company shipping gold, and, as it seems, he has helped himself to 40 sacks of the stuff which were never later recovered. Outside hyenas are gathering, renegades, outlaws, even the flies are gathering, waiting for Carver’s release. There is Carver’s old associate, Travers (Luis Induni), there is the Colorado Preacher (Indio González) and his gang, and there is Trash Benson (Anthony Steffen).

So when Carver is eventually to be released, he finds it safer to get back to his cell, which he does. Here his cell mate, Paco (Daniel Martín), is planning an escape of his own, tearing up his bed sheets to make a rope to get out. At the same time, Trash is tearing up the hotel’s bridal suite’s bed sheets to get inside. The two meet on the prison wall. And while Preacher’s gang shoots it out with Travers’ men, Trash and Paco escape with Carver in a sack. 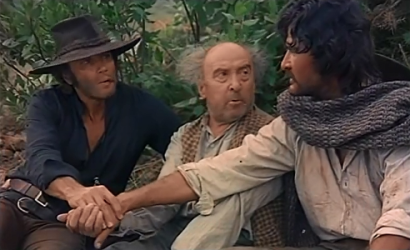 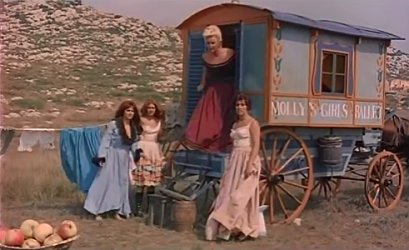 After some horsing around, eventually without horses, something amazing happens. Our three friends run into a caravan of prostitutes making camp; the Molly’s Girls Ballet. Carver and Molly happen to be old acquaintances, and they waste no time picking up where they left off twenty years ago. This, alas, is too much for the old man, and he karks it, but not before he has jotted down a map to the whereabouts of the gold. The map is burned by Trash so as to not fall into the hands of Preacher’s gang approaching, even before the ink, or in lack of it, Paco’s blood, has dried on the paper.

Now, our remaining two heroes head for Mexico; actually stealing the caravan's wagon and the horses, even their laundry, leaving Molly and her working girls on foot in the middle of nowhere, not to be seen later in the film. 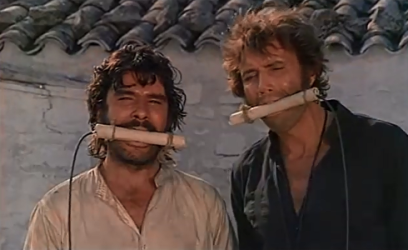 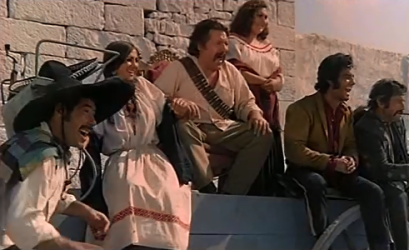 We are now a little more than halfway through. And if you don’t mind some more horsing around, there is more to come, including a superstitious Mexican bandit, Rocho (Fernando Sanches), a Mexican woman Maria (Tania Alvarado), some nudity (breasts and nipples), a padre (Gustavo Re) and the sacred statuette de San Fermini, a very heavy statuette de San Fermini that is.

The film was shot between August and October 1971 and released in Italy in 1972. It intended to be a comic genre contribution, which is not really my bag. I’ll say this for it though; it has an all right story, written by Sergio Donati, it has its moments, it is never really bad, and there is mercifully no saloon brawls or slapstick comedy. Like Bosch’ other westerns, most of the time it is not very violent, so that a couple of brutal scenes at the end of the film seem a little bit out of place, as if inserted to remind us that we are in a spaghetti western. 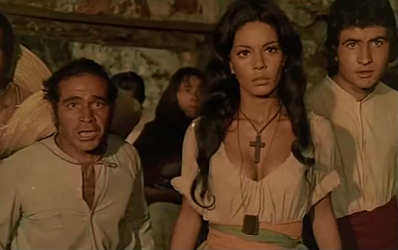 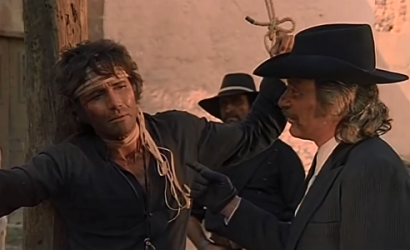 The producer Grimaldi was not happy with the choice of Manuel Guitián as Carver, as he thought him unfriendly, and he told Bosch the choice would lose them a lot of money. Bosch opposed a change, as he was never much for having to shoot the same scene twice. The film didn’t do as well at the box offices as his previous westerns, and Bosch eventually regretted that he had not heeded his producer (1). But I don’t think the film’s lack of success can be blamed entirely on the casting of Guitián. Steffen did perhaps not contribute much to the lightheartedness intended either, and the acting between Steffen and Martin does not exactly strike sparks.

No DVD available for this one at the moment, but several versions available on the WWW, including one with an English audio. I think perhaps both the Italian and the Spanish are better options though, among other things because of the poor English dubbing of Martin. I also think the Italian strikes the tone of the film more precisely. In the opening scene Preacher offers Trash a light to his cigarillo. In the English version Trash answers, no, and then, you gonna burn your hand. The Italian simply has; non fumare. 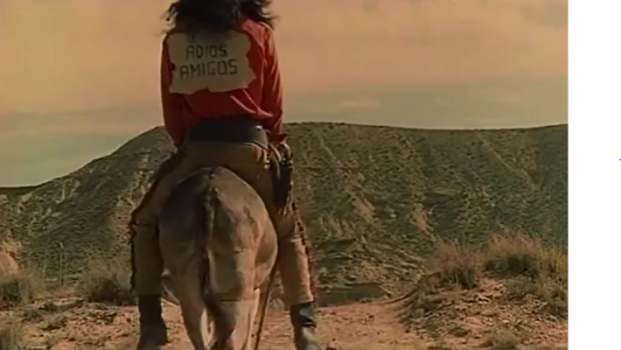