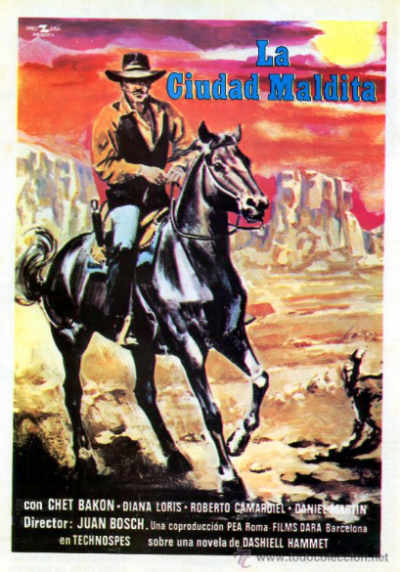 The spaghetti western took off with a remake of Yojimbo, which in turn was inspired by Dashiell Hammett’s novel Red Harvest. The filone came to a grinding stop with a film based on the very same novel, La ciudad maldita, directed by Juan Bosch. Being the last of the Italian-Spanish co-productions of the late 1970-ties, and the only movie version of Hammett’s landmark novel, should be enough to make it a film of some interest.

A detective agency operative with no name (Chet Bakon) rides into Personville. He is hired by Donald Wilson, the editor of the local newspaper. When he shows up at Wilson’s house in the evening, Wilson is about to be shot elsewhere in town. The detective starts investigating the murder. Personville soon turns out to be brimming with crime and corruption.

Personville is dominated by to factions: on the one hand the saloon owner Pete the Finn (Antonio Molino Rojo)[1] and the sheriff, Noonan (Roberto Camardiel), on the other hand Max Thaler, a gambler also called Whisper (Daniel Martín), and Lew Yard. Then there is old man Eliuh Wilson, (Luciano Pigozzi), a tycoon who used to be on top of everything, but who has given the town away to bandits.

The murder is solved soon enough. However the detective stays in Personville for a personal reason: He doesn’t like to be shot at. Personville is in for clean up big time. More killings and mysteries pile up. In the middle of this: a genuine femme fatal, Dinah (Diana Lorys), the town’s most prestigious hooker, and probably the thirstiest. She also loves dineros, and she is not particular with what or whom she sells to get it.

The story is credited to Jason E Squire. He has confirmed that he on his own initiative wrote a screenplay adaption of Red Harvest for Alberto Grimaldi while working for him in New York in 1977. Grimaldi had bought the rights to Red Harvest from the Dashiell Hammett estate, but with a contract clause which required a movie to be made within a certain deadline. Grimaldi asked Squire to rewrite it as western. This version was finished in August 1977. Grimaldi contracted Bosch to direct it. Bosch rewrote the script one more time with the assistance of Alberto De Stefanis. 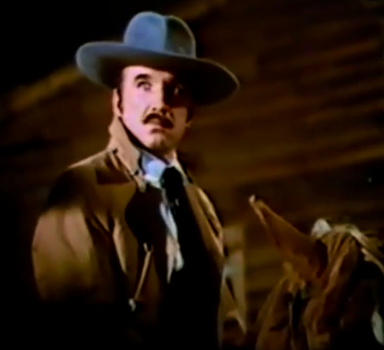 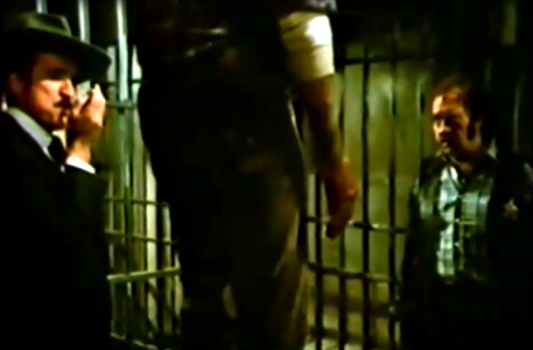 A stranger taking on a town all by himself sound like a good idea for a spaghetti western. But as it turned out, making Red Harvest into a spaghetti was maybe not such a good idea after all. The first half follows the novel pretty closely, the second part more loosely, and the ending is changed. Some of the novel’s characters are left out completely, while others are merged. Even so, the story was perhaps too much to be shoehorned into a spaghetti western. The film is too heavy on dialogue for a spaghetti, and it lacks the visual style of a spaghetti, even more so as most of it is going on indoors and at nighttime. Actually it feels more like a mystery film: We see who is killed, we see the gun firing, but we don’t see who pulls the trigger, not even in the last shoot-out.

There has been a rumor that Gianni Garko played the lead as the Continental detective, but in fact Garko was nowhere near this film. The OP according to Bosch was played by a “third rate regional actor” who wanted to break into Rome cinema [2], under the name Chet Bakon, nowhere mentioned by his real name. Bosch thought he had a “certain magnetism” that would fit the part well. I don’t want to be the judge of that. But as his face is on screen for a great part of the film, an actor with a wider repertoire (than lightly amused and not amused) would have been better. 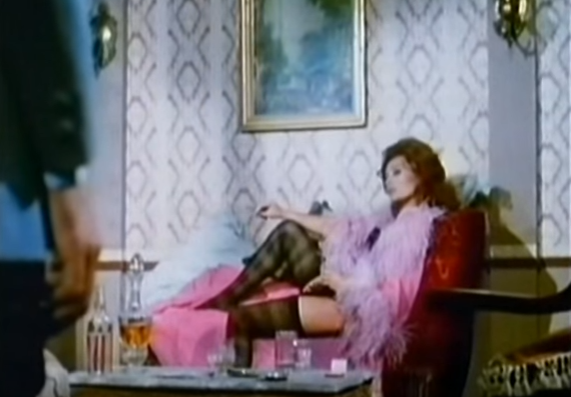 The origin of the Garko rumor is not clear. Some say Chet Bakon was often confused with Garko [3]. I don’t think this is very likely. Other rumors say that Bosch originally wanted Garko for the part, even to resurrect the Sartana character, but unfortunately ended up with Bakon [4]. It is however hard to see how Bosch could even think he could afford Garko on a budget corresponding to a little more than 100.000 euro in today’s money value.

Dinah is played by Spanish actress Diana Lorys (Ana María Cazorla Vega). In the novel Dinah Brand is a hilarious hooker of 25, while Lorys at the age of 37 did a more mature and weary female lead. Lorys retired from cinema after this film.

The film did not do well at the box offices. An English version was never made.

[1] Antonio Molino Rojo, who was shot in the first shootout in A Fistful of Dollars, also had the honor to be shot in the last shootout of the filone. [2] It is not clear what Bosch meant by “regional”: the Rome region, the Madrid region (where the film was mainly made) or even the Barcelona region (Bosch’s home town). Chet Bakon might have been an Italian actor or, more likely, a Spanish actor. [3] Ángel Comas [4] See review on the blog Bang Bang à Italiana no Brasil

Sinister Cinema: La Cuidad Maldita on the blog Up and Down These Mean Streets

Four Artists and a Man with No Name by Scherpschutter

Retrieved from "https://www.spaghetti-western.net/index.php?title=La_ciudad_maldita_Review&oldid=116220"
Category:
Cookies help us deliver our services. By using our services, you agree to our use of cookies.