Last of the Badmen Review 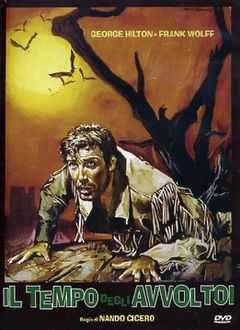 A bizarre spaghetti western. Apparently it’s a loose sequel to José Luis Merino’s Kitosch, the man who came from the North, in which Hilton plays a similar philandering scoundrel. Both movies have a (radically) different setting: Merino’s movie is set across the Canadian border, this one in the Deep South, and some have sustained that there’s no connection between them (1), but a quick look at the opening scene of the first movie on You Tube (2), will tell you that Hilton wears the same clothes in both movies, and that the opening scenes of both movies are remarkably similar: Hilton tastes from a forbidden fruit, and people want to punish him for it. There are also some similarities in the development of the stories; in both cases Hilton eventually helps the people from a community that had rejected him.

Kitosch is an incorrigible womanizer, and all other cowhands hold a grudge against him because he can’t keep his hands off the (married) ladies. When he’s discovered with his boss’s wife (in reality he did not seduce her, she tried to seduce him), he is literally branded as a fornicator by the cattle baron, Don Jaime. After a few failed attempts, Kitosch manages to escape from the ranch, but in a nearby town he’s thrown in jail by a sheriff who wants to hand him over to Don Jaime. Kitosch is released by a mysterious black-clad stranger who arrives in town and kills the sheriff and his deputies. The two men become friends, but this is not the end of Kitosch’ ordeal. Very soon he’ll find out that his new friend is worse than all his foes …

The black-clad gunman is called Black (no, not Dick) Tracey, and played by Frank Wolff. He's wearing a Colonel Mortimer cloak, travels with a coffin, and shoots the rope of a man who’s about to be hanged. A true spaghetti western hero (or anti-hero), one would say, but he’s a villain, one of the most sadistic in the history of the genre. He burns ex-girlfriend in her house and tries to screw a wounded man to a door, literally: “I once told you I’d screw you to my front door. Now look behind you, my front door!” This is a turning point in the relationship between the two bad men: Kitosch shoots the wounded man to put an end to his sufferings, and slowly, slowly becomes aware of the fact that Tracy is not just a bad man, but also a madman.

This film seems to have it all, even Femi Benussi and a plate of beans (don't miss that scene!). The story is a variation on the master-pupil plot, in which the pupil eventually turns against the master, but not enough is done with the premise of the two partners, one a rascal, the other the evil incarnate, who eventually fall out. There’s a lot of violence and even some titillating semi-nudity (rather daring for a sixties spaghetti western), but the movie can’t meet with the expectations created by all the good things I had heard about it, or better: it takes quite some time before it does. Hilton is a believable philanderer, but the first half hour of the movie doesn’t make much sense. Why did it take Kitosch so long to escape from Don Jaime’s ranch? He was a cowhand, not a slave, so why wasn’t he kicked off the premises when he was such a pain in the ass to everyone else? The story picks up when Wolff enters the picture as Black Tracey, but only towards the end it really grabbed my attention. I usually like Wolff, but I just couldn’t picture him as the ruthless murderer and sadist he’s supposed to represent. Moreover we’re supposed to believe that he’s an epileptic, but as John Ryan has pointed out in his review (3) he recovers mighty fast from his seizures. 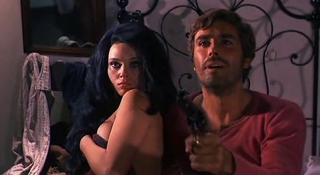 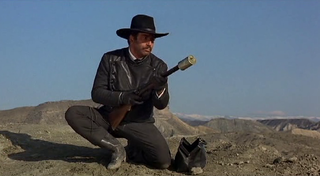 On the plus side there’s some good cinematography by Fausto Rossi and a well-handled, unexpected finale in which Hilton’s Kitosch redeems himself by helping the very people whose arrogant and selfish behavior was at the base of his plight. There are a couple of great individual scenes, such as Tracey turning his rifle into some sort of rocket launcher, or explaining to Kitosch why he’s travelling with a coffin, and what’s in it. The Italian title as well as the poster seem to refer to a scene that is not in the movie. * Spoiler ahead * Hilton leaves the premises in the final scene in Shane style: wounded, but hiding his wounds from the people he's leaving. He'll probably die in the open, leaving his body for the vultures (avvoltoi). But the film ends with Hilton riding off, there's no scene of him falling from his horse, crawling around, while the vultures are circling above his head, the situation depicted on the Italian poster (4).