Ennio Morricone & Sergio Leone, Sergio Leone & Ennio Morricone. It’s hard to mention the name of the recently deceased composer without mentioning the name of the director. They seemed destined to write history as a team: they were born only two months apart (Morricone November 10, 1928, Leone: January 3, 1929), they were both from Rome, from the same quarter, Trastevere, but when Leone was asked to direct his first western, A Fistful of Dollars Morricone was not his first choice to score the movie. Sergio knew his fellow Roman, but wasn’t very fond of the things he had written for Duello nel Texas, and therefore wanted to ask Angelo Lavagnino to write a score for his movie. Luckily the producers of the movie, Papi & Colombo, insisted that he would talk to Morricone first.

Leone visited Morricone at his home and when the two men were talking about their childhood in Trastevere, they discovered that not only they had attended the same school when they were kids, but had actually been class mates. Leone left, Morricone right, the photo broke the ice and marked the beginning of one of the most illustrious collaborations in the history of film making (*1).

Sergio Leone’s first western, A Fistful of Dollars (1964) was an adaptation of a Samurai movie, Yojimbo (Akira Kurosawa, 1961). Kurosawa had based his movie on an American hard-boiled detective novel, Red Haverst, by Dashiell Hammett (*2). While Kurosawa had transported an American novel to feudal Japan, shortly after the fall of the shogunat, Leone brought the story back to the US, more specifically the US-Mexican border, shortly after the Civil War. 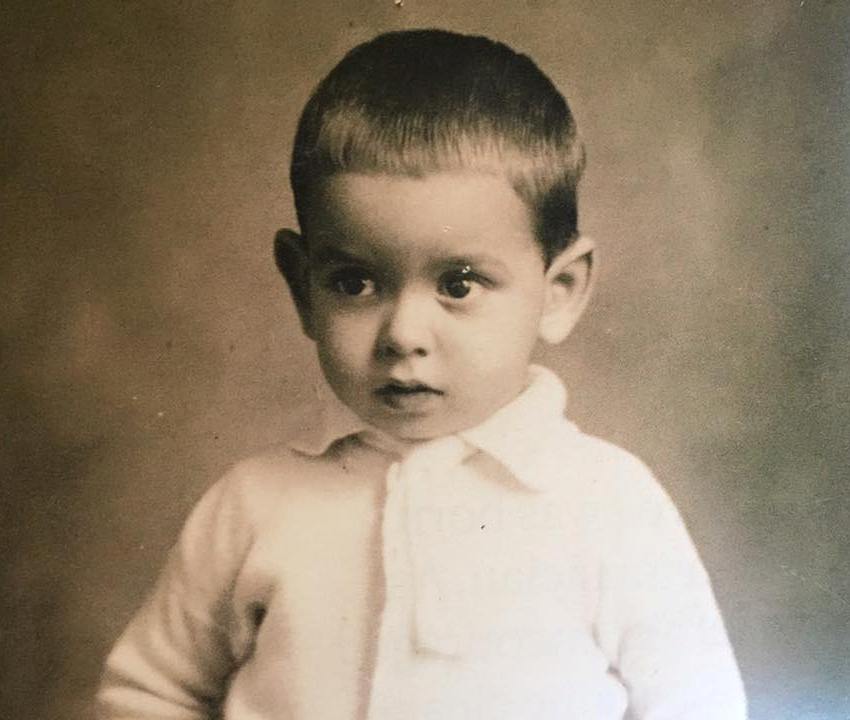 Because of the setting near the American-Mexican border, Morricone thought the score should breathe an American as well as Mexican air; he also wanted it to sound classic and modern, solemn and crisp at the same time. It’s often said that his scores ware completely different from the kind of scores others had written for western movies in the past, and they probably were, but Morricone had his models and heroes too: he was particularly fond of the western scores by Dimitri Tiomkin, notably Tiomkin’s work for Rio Bravo and The Alamo.

The trumpet theme is similar to El Deguello from the Rio Bravo soundtrack. Rio Bravo was an immensely popular movie in Italy and was shown in Italian theatres as Un dollaro d’onore and some think this inspired Leone to change the working title for his first western, Il Magnifico Straniero, into Per un pugno di dollari. As far as the now famous whistling theme is concerned, most people have related it to Tiomkin’s score for Gunfight at the O.K. Corral, but there are also stories about Leone liking a Woody Guthrie song, Pastures of Plenty, that had been arranged for orchestra by Morricone the previous year. Leone wanted something similar in the movie, but with some instrument replacing the lyrics. In this reading, Morricone therefore contacted Alessandro Allessandroni, a musician and composer who was also known for his trademark whistle. Allessandroni also played the guitar on the soundtrack. The trumpet is played by Michele Lacerenza. 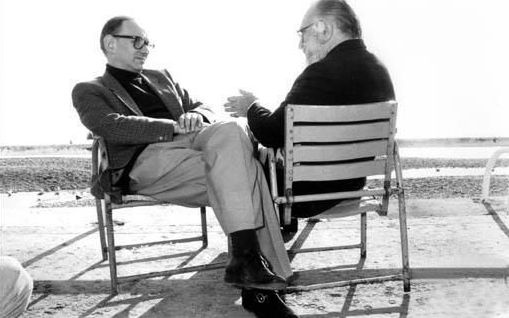 A Fistfull of Dollars was released on September 12th, in a smaller cinema in Florence. It wasn’t an instant hit but started to attract larger audiences by the end of the month. The film reached Rome by mid-November, and soon became the talk of the town (*3). Halfway through December, the movie had almost doubled the Italian revenues of The Magnificent Seven, the biggest western money maker in Italian cinemas in recent memory. It was now released in all major cities, and had to compete with the Hollywood blockbusters of the year, My Fair Lady and Mary Poppins. With revenues of over 3 billion lire, A Fistful of Dollars got the better of both ladies. The western craze had started. In the years to come, more than 500 westerns were produced in Italy. With the spaghetti western, the Italian genre cinema reached its zenith.

Sergio Leone made four more westerns (and would be involved in several others), and Morricone would score all of them. The title of The Good, the Bad and the Ugly has been referred to in fashion, construction, baseball, politics and pop music, and the main theme, with the famous whistle, has become a part of the collective memory of mankind. Of course Morricone also wrote the music for non-westerns, and some of these soundtracks (like Malène, Cinema Paradiso or The Mission) are masterpieces but his name will forever be linked to his spaghetti western scores.

The score for Sergio Leone’s most famous movie, Once Upon a Time in the West, also became Morricone’s most successful score with about 10 million copies sold. It was innovative in the sense that each character had its own leitmotiv: a musical theme linked to the various character in the movie. The Harmonica theme became the best known leitmotiv in film history, instantly recognizable to people from all corners of the world. It was also innovative in the sense that it reflected the identity of the character and his ‘mission’ in the movie. Harmonica, the character, suffers from a childhood trauma, which translates in an identification with the harmonica, the musical instrument. The philosopher and psychoanalyst Slavoj Zizek has related the Harmonica character to Lacan's conception of 'subjective destitution' (*4): Harmonica plays when he’s supposed to talk, and talks when he’s supposed to play. What keeps him alive, is at the same time killing him. The harmonica brings back the fatal moment of the young Harmonica collapsing under the weight of his older brother, but it also reminds him of his one and only aim in life: finding the man who has killed his brother.

Ennio Morricone won the Acadamy Award (Oscar) for best movie soundtrack in 2016 for his work on Tarantino's The Hateful Eight, but he also received an honorary Acadamy Award in 2007, for ‘his magnificent and multifaceted contributions to the art of film music’. Clint Eastwood stood next to him at the ceremony. Both men had met two days earlier, for the first in 40 years, at a reception.

Simon Gelten is a long time contributor to the SWDb. "I'm not as old as Tom B. but I'm working on it. I hope to catch up with him by the end of the next decade.", he says. Simon saw all movies by Sergio Leone and several by Sergio Corbucci in cinema, most of the time in Eindhoven, the city where he was born. Currently, Simon is living in Turnhout, Belgium. Simon is active within the database as both Scherpschutter and his alter ego Tiratore Scelto.
Retrieved from "https://www.spaghetti-western.net/index.php?title=Leone_left,_Morricone_right&oldid=133161"
Categories:
Cookies help us deliver our services. By using our services, you agree to our use of cookies.