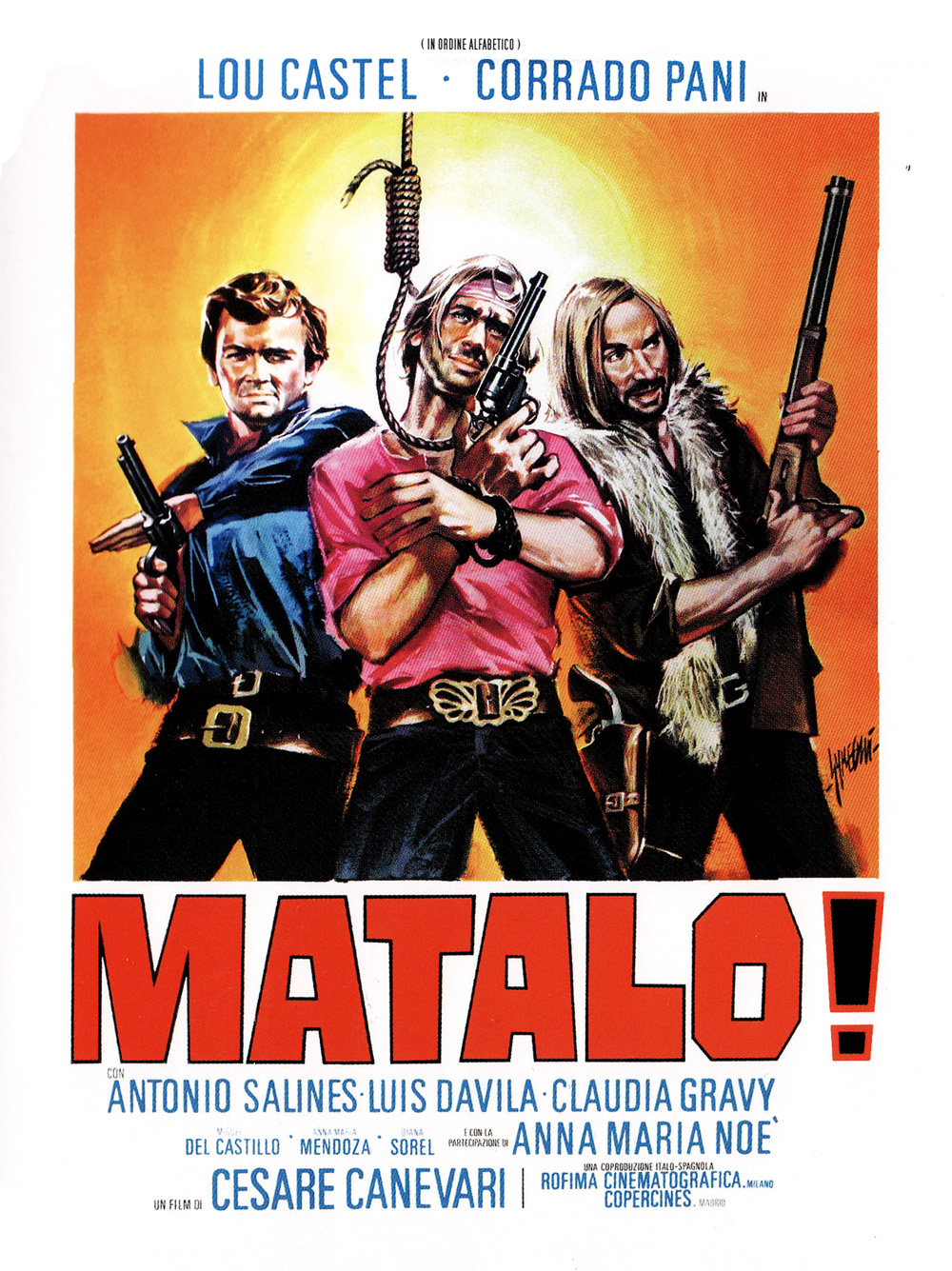 Outlaw Bart is about to be hanged when a gang of Mexican bandidos ride into town and rescue him, only for him to shoot them and then ride away to his hideout where he and his gang plan to rob a stage. But Bart is shot, leaving the sadistic gang members to deal with the loot, a mysterious stranger (Castel), a woman who has lost her husband in an accident and their ghost town hideout's only inhabitant.

(A runtime of 101 minutes was listed on ANICA for the theatrical release, but it is not sure if such really was released then)

Retrieved from "https://www.spaghetti-western.net/index.php?title=Mátalo!&oldid=139601"
Categories:
Cookies help us deliver our services. By using our services, you agree to our use of cookies.