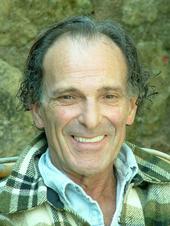 Born Maurizio Marco Fiorini in Italy in 1940, Fiorini moved to Quebec, Canada with his mother after the war to live with his grandparents. He attended college aged just 16 and read theoretical physics and aeronautical engineering but decided to become an actor when he was 21. He studied at the National Theatre School of Canada in Montreal and worked in theatre in Canada and London before heading to Italy in the 1960s to try cinema.

Fiorini made a number of films during his time in Italy in a number of genres but made only one western; El Puro. A film of which he is justly proud and during the making of which he met his future wife, Lisa Seagram. During his career he utilised a number of names including Ludovico Svengali, Matt Silence and Ashborn Hamilton Jr, a creation of his own made from a reference to the rebirth of a phoenix and a chance suggestion by Federico Felini.

Fiorini has become more active again in his acting career in recent years and his most recent role was as one of the cardinals in Ron Howard’s Angels and Demons. A film he particularly enjoyed being involved with.

“A great experience. In 40 odd years in the business I have never been treated nicer. I’ve never had dialogue with a director of an easier nature.”

This category contains only the following page.