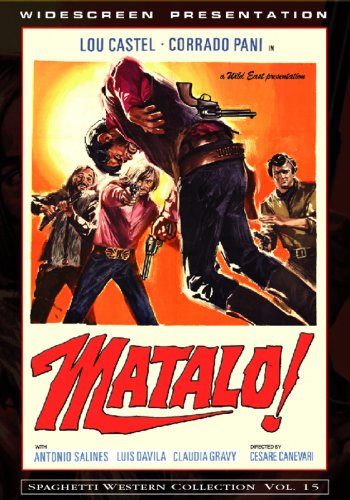 A gang of criminals, headed by the gang's mastermind, his hot girlfriend and their companion, rob a coach and get away with the government money. They hide out in a ghost town to sit out whatever might happen to them. But things are eating away their loyalty. The gang's mastermind is hiding the money from the others, the companion has a thing for his girlfriend, and on top of that, a strange loner with boomerangs instead of guns comes to town, half-dead, and a woman who lost her husband on a treck through the west. Suspicious as they are already, they mistrust either of the newcomers, and a fight for survival will decide who gets out of the ghost town alive.

Let me get it out of the way first, this is not a completely bad movie. There I said it. And I will tell you why: There is plenty of artistic/cinematic quality to this film, and some nice acting where it shines trough the layers of psychodelic rock music and weird sound effects. The cinematography is at parts quite original, and the scenery, although the movie was mostly shot in the Fistful town, is athmospheric. But. But this film has absolutely no real script that would produce a recognizeable plot or anything like that. It is a very improvised film, with hardly any dialoge worth mentioning, and honestly the film is quite boring. Typical for some cinematic endeavors during the late 60s, this is more an experiment in hippie filmmaking than true spaghetti western spirit, but that doesn't mean it isn't worth watching, if only for its uniqueness. A very weird, strange and off-beat Spaghetti Western indeed.

Yet another average Wild East presentation I'd say. The widescreen presentation offers no grave damages of any sort, but it lacks in sharpness and detail, is mostly a little blurry and lacks contrast. That does not make it worse than the other Wild East presentations, I just wanted to emphasize it. Overall, the image quality is decent and looks okay even on a huge wide screen flat-tv, just don't sit too close. Considering the lower quality of the film, nobody will ever invest more money into a complete restoration of that film anyway. The audio quality is okay too, no real noise or crackling, enough dynamic for any sound system to get some decent sound out of it. The music and the ambience sounds (psychedelic! there are plenty) come across good enough, and there is not much dialogue in the film anyhow. Overall a good sound track. The extras are not worth mentioning, especially since the interview is not a new one and can already be found on a previous release by Wild East. Some nice pictures and the trailer round up the package.

A very weird representative of this genre indeed. The fact that this is a very much experimental, hippie-style and off-beat western does not necessarily mean it's such a bad film, but it is definitely C grade material and will put a lot of people off. The fan nonetheless should have seen this and the DVD, being solid average Wild East material, should well find its way onto the shelf of every serious Spaghetti Western DVD collector. A decent release of a unique film. Can't think of a reason not to get this DVD, but there is no reason to go crazy about it neither.