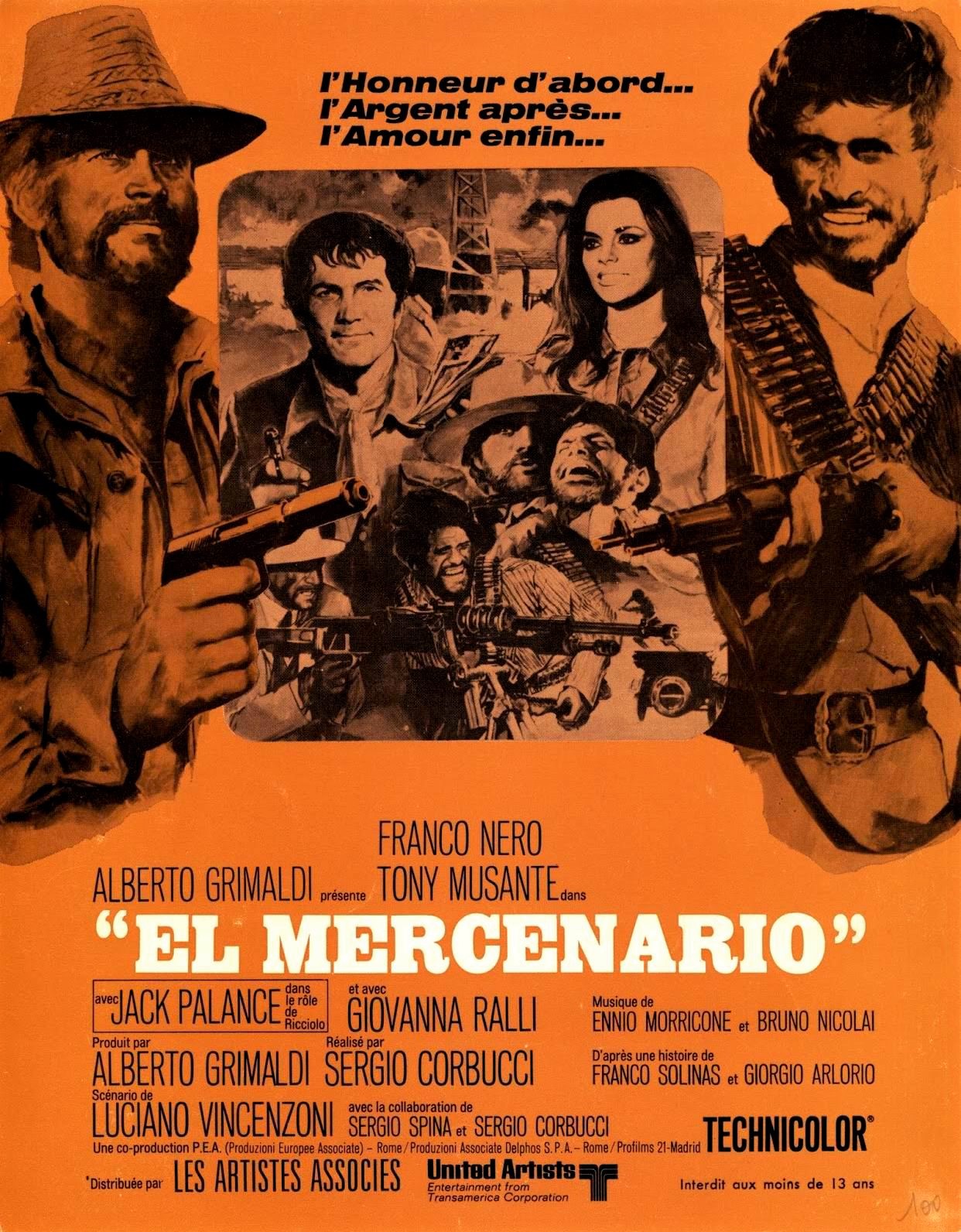 During the Mexican revolution mine owner Colonel Alfonso Garcia (Eduardo Fajardo) hires Sergei Kowalski (Franco Nero) a Polish mercenary to protect seven tonnes of silver being transported to the US. Kowalski arrives only to discover the repressed peasant workers, led by Paco Roman (Tony Musante), have taken control of the mine by force. Always eager to make good his losses Kowalski persuades Roman, now in a tight spot with Garcia's army bearing down on him, to hire his services. A sadistic homosexual mercenary called Curly (Jack Palance), wanting the silver himself tries to ambush Kowalski, but Roman thwarts his plans and Curly's men are killed. Kowalski renews his partnership with Roman and after liberating a town the bandits are joined by Columba (Giovanna Ralli) an idealist who's farther was hung for being a revolutionary. With the promise of making Roman as famous as Pancho Villa and all the gang rich in exchange for a hefty daily fee plus expenses, under Kowalski's guidance Roman earns the reputation of a great revolutionary liberator. Garcia's army still desperate to capture the bandits are joined by Curly in their search. Kowalski's financial demands for guidance increase but Roman now married to Columbia sees the true importance of the revolution to the Mexican people. Realising his responsibility for his fellow countrymen Roman reneges on the deal and takes all Kowalski's money for the great cause. The bandits keep Kowalski tied up as a prisoner, but in a devastating attack by Garcia's army he escapes. Kowalski tracks Roman to a rodeo where he is in hiding working as a clown, Curly also trails him there and the scene is set for the final showdown. --The Halitosis Kid 11:08, 27 May 2007 (CEST)

During the production, the cameraman thought he spotted a UFO, continued filming it and subsequently the team even sent pictures to NASA

Retrieved from "https://www.spaghetti-western.net/index.php?title=Mercenario,_Il&oldid=139506"
Categories:
Cookies help us deliver our services. By using our services, you agree to our use of cookies.