FILM IS IN THE TOP 20
This is a staff favorite 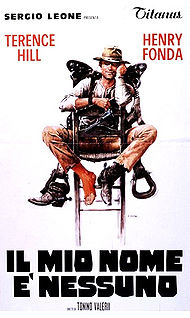 At the turn of the century the aging gunfighter, Jack Beauregard is on his way back to France, the country of his origin. On his way he tries to clear the death of his brother, when he meets a nobody who wants to become a somebody by pushing Beauregard into a last sensational gunfight with the Wild Bunch, to achieve him a legendary status. A fame this nobody is then immediately ready to inherit.

Some parts of the film were shot in the United States.

"I originally went into the role of producer with this principle in mind: 'A Sergio Leone film directed by someone else'." (Sergio Leone)

In the end Leone directed a few scenes himself, but more important was that he supervised the making of the film to such an extent, that his style is evident in nearly every scene. The virtuosically directed film mixes SW style with Trinita like comedy and Peckinpah like twilight western themes about the decline of the west. The mix works mostly very well except for some parts in which the comedy is only there for comedy reasons, and then turns plainly into inapt slapstick. But the highlights of My Name Is Nobody still belong to the most beautiful scenes within the SW genre.