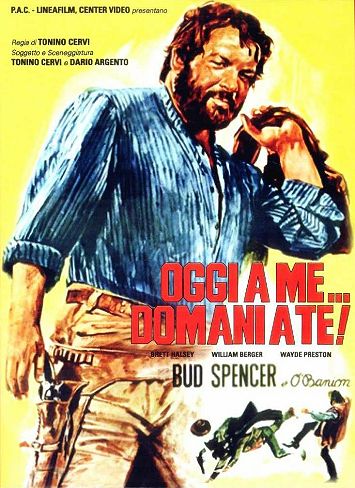 Bill Kiowa (Halsey) spends 5 years in prison, because El Fego (Nakadai) killed his Indian wife, had him beaten and left money bags in his house from an earlier robbery. Bill, with plenty of time on his hands, plans his revenge and having done his time, recruits four of the best gunmen around, O'Bannion (Bud Spencer), Jeff Milton, Bunny Fox and "Colt" Moran (Berger). When El Fego and his gang rob a Wells Fargo coach, Bill and his men are hot on their trail in the hope of carrying out those plans for revenge.